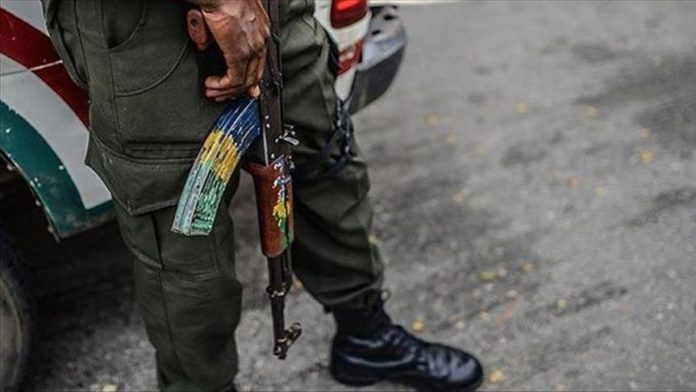 A health worker on Wednesday was killed in a rocket attack by forces loyal to warlord Khalifa Haftar on a military hospital in the Libyan capital Tripoli.

Another six workers were injured in the attack, Amin al-Hashimi, a spokesman for the Government of National Accord (GNA), told Anadolu Agency.

The militias early Wednesday also launched six rocket attacks on a field hospital located on a road to the airport in southern Tripoli, according to a statement by the press center of the GNA-led Operation Volcano of Rage. The attack inflicted enormous damage on the hospital and ambulances.

The statement added that the militias are continuously targeting hospitals and health staff.

In a video message Monday, Haftar unilaterally declared himself the ruler of Libya.

Pointing to street demonstrations in areas under his control, he claimed he had “accepted the mandate of the Libyan people” to govern the country.

He said the Skhirat agreement signed in 2015 by the warring sides in Libya under the auspices of the UN is “a thing of the past.”

Since the ouster of late ruler Muammar Gaddafi in 2011, two seats of power have emerged in Libya: renegade military commander Khalifa Haftar in eastern Libya, supported by Egypt and the UAE, and the GNA in Tripoli, which enjoys UN and international recognition.