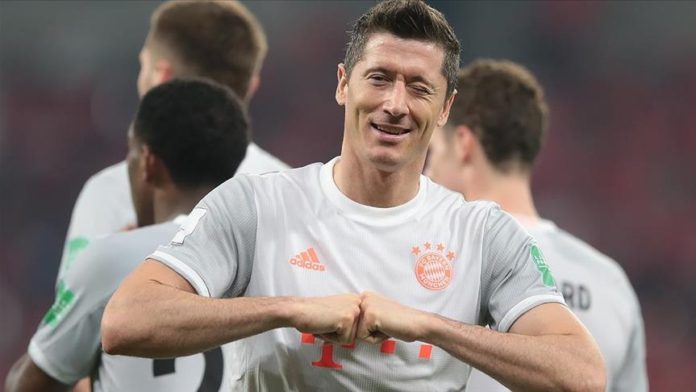 Lewandowski, 33, retained this title, as he previously took the Best FIFA award in the same category in 2020.

Thank you for your votes and your support 🙏#TheBest @FIFAWorldCup @FIFAcom pic.twitter.com/GdLwawCNK8

This year’s Best FIFA Football Awards ceremony was held virtually at FIFA Headquarters in Zurich due to the coronavirus pandemic.

Eriksen, 29, was rushed to hospital after urgent medical interventions on the pitch. The game resumed after Eriksen’s departure on a stretcher.

He underwent a successful operation and was discharged from hospital on June 18.​​​​​​​

Eriksen did not play for his club Inter Milan or his native Denmark for several months.

In December, Inter terminated Eriksen’s contract over his heart issues. He is now a free agent.

Denmark and Finland fans were also named the winners of the FIFA Fan Award for their solidarity and common sense after Eriksen’s collapse.