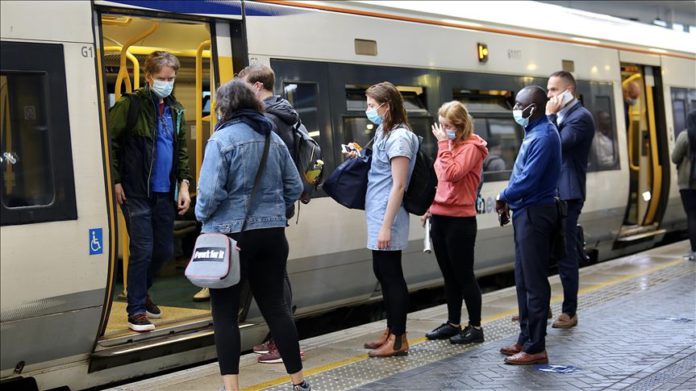 The head of the British government’s vaccine task force said less than half the UK population can expect to be vaccinated against COVID-19.

In an attempt to correct the public’s “misguided” interpretation of the vaccination program’s aims, Kate Bingham told the Financial Times: “We just need to vaccinate everyone at risk,” and that vaccinating everyone was just “not going to happen.”

Bingham said the government was aiming to vaccinate 30 million out of the UK’s 67 million population.

“People keep talking about ‘time to vaccinate the whole population’, but that is misguided,” she told the FT. “There’s going to be no vaccination of people under 18. It’s an adult-only vaccine, for people over 50, focusing on health workers and care home workers and the vulnerable.”

The vaccine is aimed at those “most at risk,” she said, adding that vaccinating healthy people “could cause them some freak harm.”

Devi Sridhar, professor of global public health at Edinburgh University, was quoted by the FT as saying: “It hasn’t really been clearly communicated to the public.”

“It would be good if they… had a conversation about how that priority process will go,” she said.

“You could make the argument that the people you need to vaccinate are people from a deprived background. The best way to shield is to be wealthy,” she added.

The Joint Committee on Vaccination and Immunisation (JCVI) in the UK published an advice last week that said: “Simple age-based [vaccination] programmes are usually easier to deliver and therefore achieve higher vaccine uptake.”

Health and social care workers would be a priority, as would older adults in care homes, followed by adults aged 50 to 80, with the older coming first.

The JCVI told the FT that there still had not been a decision on who would be eligible for the vaccine.

The UK has six potential vaccines in its portfolio, including Britain’s own vaccine being developed by AstraZeneca and Oxford University that is currently leading the world race.

The FT reported that experts believe any COVID-19 vaccine will limit the damage cause by coronavirus, rather than eliminate transmission completely.