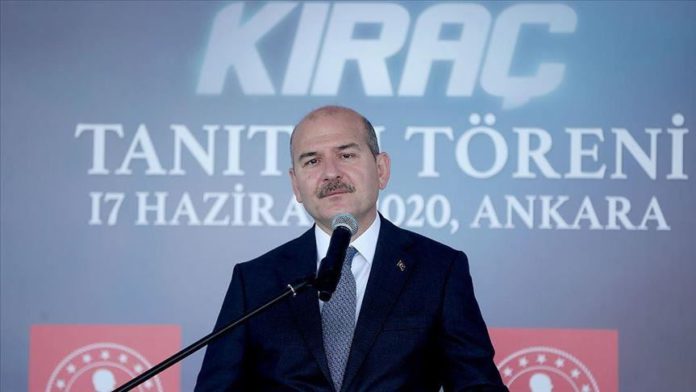 The number of terrorists in Turkey has fallen to less than 500 as they have no other option but to flee due to ongoing counter-terror operations and state-of-the-art military technology, the country’s interior minister said Wednesday.

“There are 438 terrorists in Turkey. God willing, it will decrease to 400 and then 300 soon,” Suleyman Soylu said, speaking at a ceremony held in capital Ankara.

Referring to Turkey’s cross-border anti-terror operations in northern Iraq where the PKK terror group was struck by commando units and airstrikes, the minister said the military success was the result of strong planning, intelligence and coordination.

The Turkish minister went on to say that bomb squads have so far defused nearly 8,000 explosives amid operations held in Turkey and across northern Syria in the past years.

On Monday, the ministry announced the start of Operation Claw-Eagle in northern Iraq, noting that Turkish fighter jets had destroyed caves where terrorists were hiding.

The operation was carried out against terrorist bases in Sinjar, Qandil, Karajak, Zap, Avasin-Basyan and Hakurk.

US, Greece agree to enhance cooperation on energy