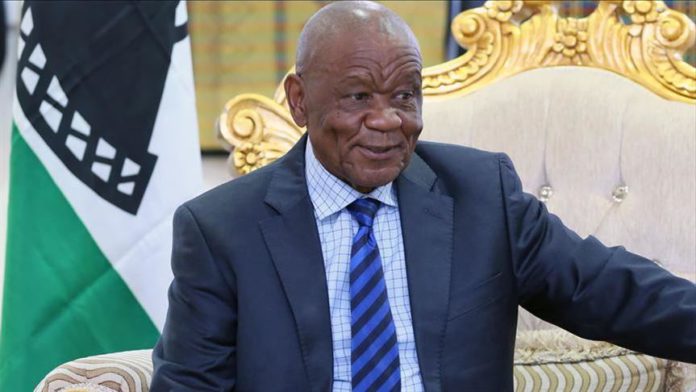 Thabane, 80, has been under pressure to step down over accusations of involvement in the June 2017 murder of 58-year-old Lipolelo Thabane.

He has resisted the calls to leave the office and recently demanded immunity from prosecution as a precondition for relinquishing power.

However, the national executive committee (NEC) of the All Basotho Convention (ABC), which Thabane heads, does not support his demand for immunity, according to local news outlet Lesotho Times.

In April, Lesotho’s Senate stepped up pressure on the embattled premier to quit office as it limited his power to dissolve Parliament and order new elections.

A day before the deployment, the Constitutional Court ruled against his decision to suspend Parliament.

Thabane has promised to resign in July due to old age, but his opponents – including those within his own party – want him to resign immediately.

South Africa, which completely surrounds the tiny kingdom, dispatched envoys in April to resolve the political impasse between the prime minister and his rivals.

It was agreed that Thabane should resign and will be granted a dignified exit.

She was shot dead near her home in the capital Maseru in June 2017, just two days before Thabane’s inauguration as prime minister.

'Athens has no right to appoint Muslims' chief mufti'

EU extends sanctions against Russia over illegal annexation of Crimea