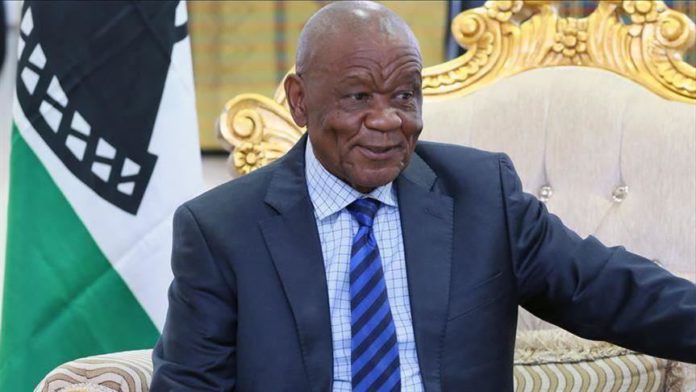 Thomas Thabane, prime minister of the southern African nation of Lesotho, announced Monday he will step down from office amid allegations over his role in his estranged wife’s murder, local media reported.

Thomas Thabane, 80, has been under pressure for months to step down after he was accused of being involved in the murder of his wife, 58-year-old Lipolelo Thabane, three years ago.

Thabane addressed his constituency in Ha Abia, in the capital Maseru saying he is stepping down as prime minister but not as leader of his party the All Basotho Convention (ABC), according to a report by South African news site EWN.

Earlier today, deputy leader of Lesotho’s new coalition partner Motlalentoa Letsosa of the Democratic Congress (DC), said the state council had accepted the nomination of Moeketsi Majoro as the new prime minister who will be sworn in on Tuesday.

The DC signed a deal with Thabane’s ABC to form a new coalition after Thabane’s government collapsed in parliament last week.

According to Lesotho National Assembly Speaker Sephiri Motanyane, Thabane was supposed to resign as prime minister by May 22.

She was shot dead near her home in Maseru in June 2017, just two days before Thabane’s inauguration as prime minister.