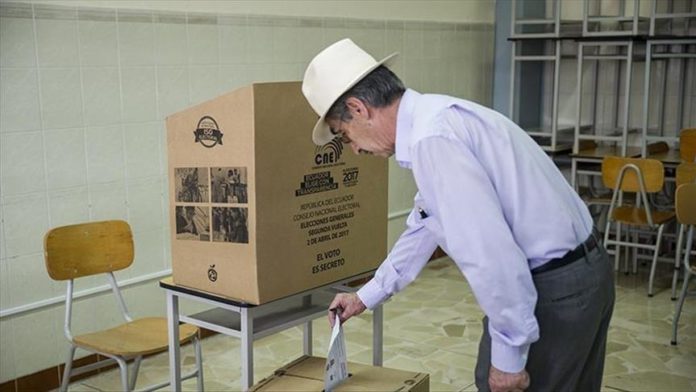 With less than two weeks left until the second round of Ecuador’s presidential elections, the left has victory in sight, according to recent polls.

Leftist economist Andres Arauz is the favorite to win the country’s presidential runoff scheduled for April 11 with 37.87% of voter support ahead of conservative banker Guillermo Lasso, who has 30.19%, according to the most recent survey conducted by polling firm Perfiles de Opinion.

Arauz garnered the most votes in the first round of voting on Feb. 7, but not enough to secure an outright victory. Indigenous leader Yaku Perez narrowly finished third. Both Arauz and Lasso are seeking to win over the votes of more than a dozen candidates with varying political views who lost in the first round.

Arauz is a protege of former President Rafael Correa, who currently lives in Belgium. Correa was in power for 10 years until 2017, when he was succeeded by his ally, Lenin Moreno, who later became a bitter rival. In April 2020, a court in Ecuador sentenced Correa to eight years in prison in absentia for corruption. Correa says he is the victim of political persecution.

Voters will be heading to the polls amid a deep recession and the coronavirus pandemic, which continues to overwhelm health care systems across the country as authorities impose new restrictions to try and slow the spread of the disease.

If Arauz were to win, Ecuador would be the latest Latin American country to elect a left-wing government after Mexico, Argentina and Bolivia.