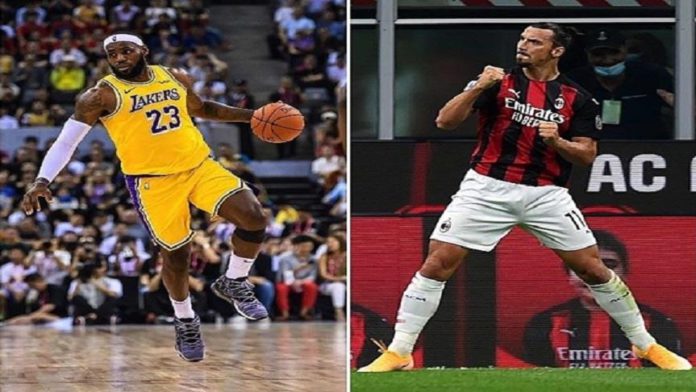 “I like him [James] a lot. He’s phenomenal at what he’s doing. But, I don’t like when people with some kind of status, they go and do politics at the same time,” Ibrahimovic said Thursday in an interview with Discovery+ in Sweden.

“Do what you’re good at. Do the category you do. I play football because I’m the best at playing football. I don’t do politics. If I’d have been a political politician, I would do politics,” the 39-year-old AC Milan striker said.

“That is the big first mistake people make when they become famous and come into a certain status. Stay out of it. Just do what you’re best at because it doesn’t look good,” he added.

James, 36, was quick to respond via a video after his Los Angeles Lakers’ victory late on Friday in a regular NBA season game.

“At the end of the day, I would never shut up about things that are wrong. I preach about my people and I preach about inequality, social injustice, racism, systematic voter suppression […] I’m their voice,” he said.

“I use my platform to continue to shed light on everything that may be going on not only in my community but around this country and around the world. There’s no way I would ever just stick to sports because I understand this platform and how powerful my voice is,” he added.

The Lakers superstar also pointed out Ibrahimovic’s stance on racism in the past.

“I believe in 2018 he was the same guy who said when he was back in Sweden, he was talking about the same things because his last name wasn’t a certain last name, he felt like there was racism going on when he was out on the pitch,” James said.

Ibrahimovic and James were present professionally in Los Angeles for a short period when the Swedish soccer star was playing for LA Galaxy until November 2019, and James moved to the Lakers in July 2018.

Both are known as outspoken athletes in the media, with James active in social injustice and racial issues in the US.

James, who many players consider as “the face of the NBA,” has been actively promoting social awareness against inequality and racism while supporting development in underprivileged communities.

He has also been engaged in philanthropy through a charity he founded by opening a school, housing complex, community center and retail plaza in his hometown Akron, Ohio.

When Republican TV host Laura Ingraham in 2018 told James and other NBA players to stay out of politics, saying they should “shut up and dribble,” James created a documentary series of the same title, examining the role and influence of athletes in American politics and culture.