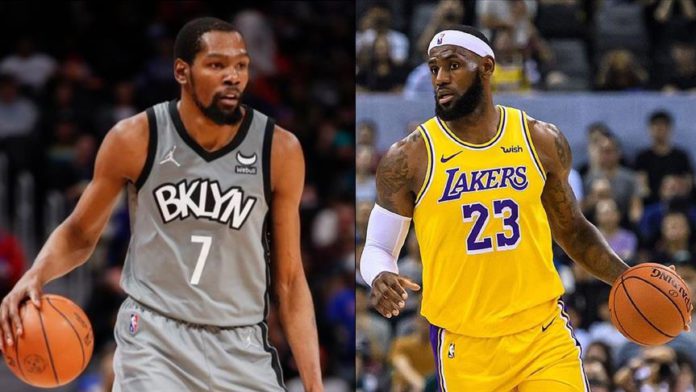 The Los Angeles Lakers’ LeBron James and the Brooklyn Nets’ Kevin Durant both picked their team rosters on Thursday for the 2022 NBA All-Star Game scheduled for February.

As the captains of Team LeBron and Team Durant, the two players have selected their starters and reserves for the 71st NBA All-Star Game to be played on Feb. 20 in Cleveland’s Rocket Mortgage FieldHouse.

A 12-time NBA All-Star, the 33-year-old Durant will not be able to play in this year’s All-Star game due to a sprained medial collateral ligament in his left knee.

Boston Celtics forward Jayson Tatum, who had previously been picked as an All-Star reserve, was drafted with the starters, replacing Durant.