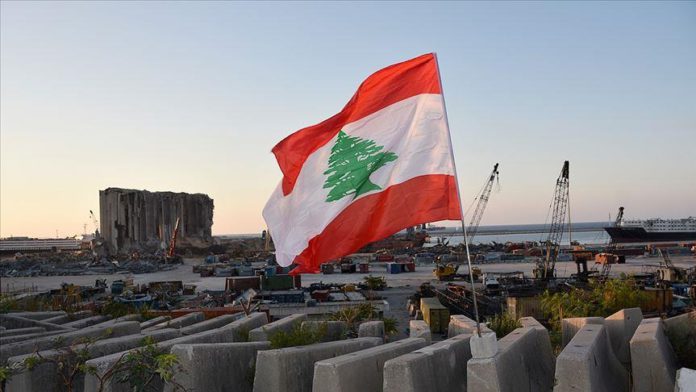 The collapse of Lebanon’s currency, the pound, and restrictions imposed by Saudi Arabia on importing Lebanese agricultural products are threatening to worsen food insecurity and creating a wave of hunger in the country, according to its agriculture minister.

Speaking to Anadolu Agency, Abbas Mortada noted that fear is growing day by day as Lebanon continues to be locked in economic and political crises.

Once considered the Paris of the Middle East, Lebanon has been struggling with a devastating economic crisis for nearly three years amid a protracted civil war, regional conflicts and political instability.

The crisis, which started in October 2019, deepened further with the devastating explosions at the Port of Beirut last August that left at least 200 people dead and thousands injured besides massive material damage.

Due to the economic crisis, many Lebanese have had to resort to agriculture to face the hunger that has been knocking on their doors for nearly a year.

Meanwhile, a foreign currency shortage and devaluation of the national currency has caused the Lebanese currency to lose more than 90% of its value since 2020 and has crippled the import-dependent nation, leading to shortages of fuel, medicines and basic supplies.

Mortada warned that Lebanese might “abandon” agriculture as the continuous deterioration of the Lebanese pound “weakens the process of importing agricultural items that are not available in Lebanon.”

He called on the government to “develop an urgent plan to stop the collapse of the currency so that Lebanon does not drift into a severe hunger crisis.”

The World Food Program (WFP) estimates that food prices in Lebanon have witnessed a 109% increase, with the country importing 85% of its food needs.

It also pointed out that food has become a major concern for the Lebanese people, with around half of the country’s population “worried about having enough food to eat.”

Mortada, however, praised the growth in the agricultural sector through the expansion of cultivated land areas and the increase in the volume of exports despite the economic difficulties.

“This growth was translated into an increase in the value of agricultural exports, which amounted to $720 million in 2020 after recording $625 million in 2019,” he said, adding that cultivated land expanded last year by around 1,483 acres.

He pointed out that the high exchange rate of the dollar against the Lebanese pound makes farmers prefer to export their products abroad in exchange for hard foreign currencies rather than selling them in the Lebanese market.

The bulk of the agricultural exports go to China, Europe and the Arab countries, said Mortada. However, he noted that the country’s exports to Saudi Arabia were halted due to Riyadh’s import ban on Lebanese agricultural products.

In April, Saudi Arabia announced an import ban on fruits and vegetables from Lebanon because the Kingdom said shipments are being used to smuggle drugs into Saudi Arabia’s territory.

Mortada underlined the importance of lifting the Saudi ban on Lebanese agricultural products and called on the Lebanese government to put effective measures in place to prevent the smuggling of drugs into Saudi territory.