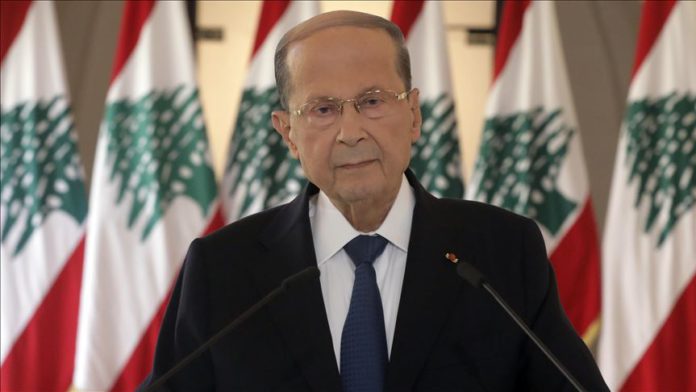 Lebanese President Michel Aoun cited ammonium nitrate as the source of a massive explosion Tuesday at the Port of Beirut which killed more than 60 people and injured close to 3,000.

In a post on the Lebanese Presidency’s Twitter account, Aoun said that keeping 2,750 tons of ammonium nitrate at a warehouse without any security measures is unacceptable.

He stressed that those who are responsible will be punished in the strongest terms.

Lebanon’s Supreme Defense Council has declared a state of emergency for two weeks in the capital Beirut.

At least 63 people died and more than 2,750 have been wounded in the blast, Lebanese Heath Minister Hamad Hassan said late Tuesday.

US President Donald Trump claimed that the blast “looks like a terrible attack,” suggesting it was a bombing rather than an accident.

Iran warns US of interfering with oil tankers