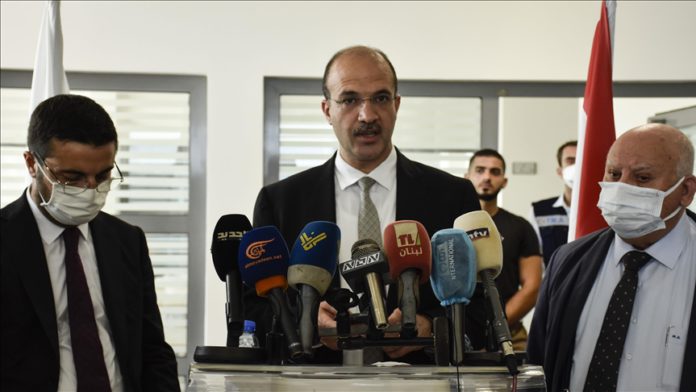 Lebanon’s Minister of Health Hamad Hassan on Monday hailed the quality and prices of Turkish medicines and medical supplies.

We “have confidence in Turkish medicines and medical supplies,” Hassan told Anadolu Agency in an exclusive interview.

“We studied the prices and quality [in the market] and found that they [Turkish medicines] fit Lebanese standards,” he said.

Hassan, who is scheduled to arrive in Turkey on Tuesday for a three-day official visit, said his talks will seek to strengthen Lebanese-Turkish cooperation in the healthcare sector and benefit from the Turkish experience in this field.

“In Turkey, I will visit pharmaceutical factories, and will hold a meeting with Turkish Minister of Health Fahrettin Koca,” Hassan said.

He expressed hope to reach agreements “that would establish a future of healthy cooperation” through which Lebanon can “benefit from the Turkish medical experience.”

The Lebanese minister stressed that “the exchange of expertise between the two countries contributes to raising the level of medical tourism”, considering that Lebanon is a major destination for Arabs and people from other countries seeking medical care.

The minister welcomed the recent opening of Saida Turkish Hospital as a testament to the increasing trust between Turkey and Lebanon.

Saida Turkish Hospital was built by Turkey nearly 10 years ago but did not start its services due to some issues related to the Lebanese government.

For a year and a half, Lebanon has witnessed a severe economic crisis that has left the country on the verge of a financial collapse.

The Lebanese suffer from interruptions and shortages that affect many types of medicines, specifically, medicines for chronic diseases.