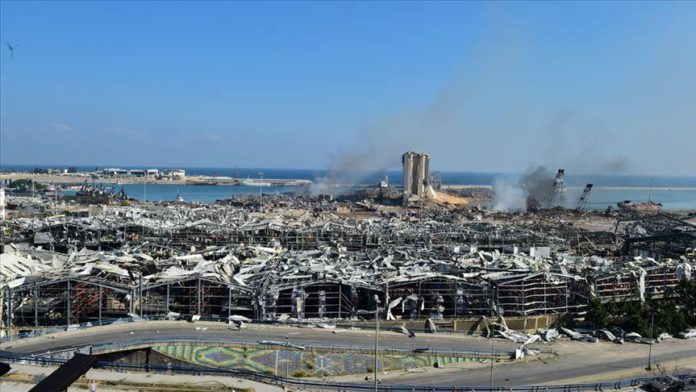 A Sunni Muslim coalition led by former Lebanese Prime Minister Saad Hariri raised “suspicions” Wednesday about a massive blast in Beirut, “its timing, conditions and location, how it occurred” and “inflammable material” causing it.

The Future Movement spoke at the group’s meeting at Hariri’s Beit al-Wasat residence in central Beirut and urged “the state, with all its institutions, presidencies and components, to achieve a transparent judicial and security investigation that is not subject to bargaining, denial and escaping from the truth, regardless of the limits of responsibilities in it.”

It stressed: “In order for the Lebanese to reach a transparent investigation at this level, it is necessary to request international participation, international experts and specialized committees capable of exposing the truth and achieving justice for Beirut and its people.”

A fire at a warehouse containing explosives at the Port of Beirut led to a massive blast Tuesday, leaving 135 people dead and nearly 5,000 injured.

The explosion caused massive damage in several neighborhoods in capital.

Lebanon’s Supreme Defense Council declared Beirut a disaster zone and announced a state of emergency in the capital for two weeks.

The explosion deepens the woes of the country which for months has been grappling with a severe economic crisis and deep political polarization.