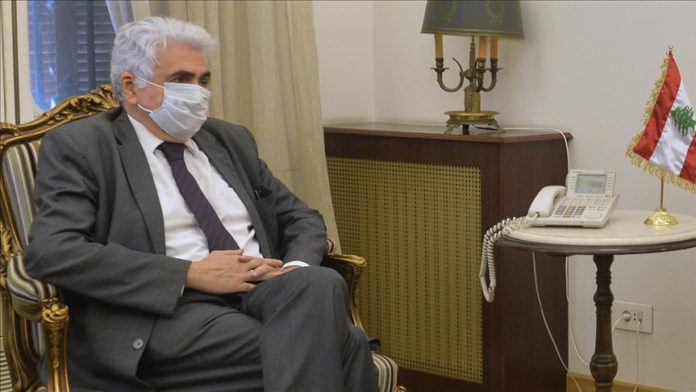 Lebanon has decided to lodge an official complaint with the UN Security Council (UNSC) over an Israeli attack on the southern part of the country on Monday.

Speaking at a press conference, Lebanese Foreign Minister Nassif Hitti said the Lebanese government condemns the attack and it will file a complaint to the UNSC.

“Lebanon remains committed to the implementation of UNSC Resolution 1701, but it also has the right of self defense,” Hitti stressed.

The Israeli army announced Monday it conducted a bombardment on Lebanese border town of Kafr Shuba upon a “security incident” along the Israeli-Lebanese border.

In a statement, the army said its troops “thwarted an infiltration attempt by Hezbollah” in the Jabal Ros area.

A Hezbollah statement, however, denied this claim, saying: “There was no clash or shooting on our part in the events that took place today on the southern border in Lebanon, but rather it was only one party which was the fearful, anxious and tense enemy”.

However, Hezbollah also reiterated that its response to the killing of one of its people in the “Israeli aggression” around the Damascus International Airport a few days ago “is definitely coming.”

The military tension came as the Israeli army continues to be on alert along the country’s northern frontier in anticipation of retaliatory attacks by the Lebanese Hezbollah organization.

Hezbollah has previously vowed to respond to the killing of one of its members in an airstrike believed to have been launched by Israel, on a site near the Syrian capital Damascus.