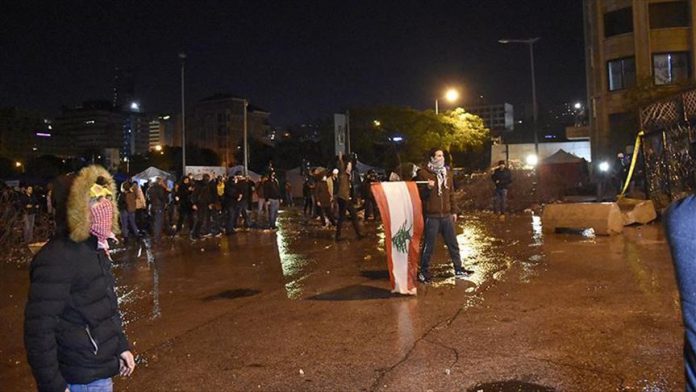 Lebanon’s security forces on Monday detained scores of demonstrators in front of the country’s parliament amid tensions before lawmakers began discussing the 2020 budget.

Security forces closed all roads and entrances leading to the parliament in the capital Beirut, where the draft general budget law, proposed by the previous government, will be discussed and approved, according to Anadolu Agency’s reporter.

Demonstrators managed to remove barbed wire after skirmishes with security forces at the northern entrance of parliament, trying to prevent legislators from participating in the budget session.