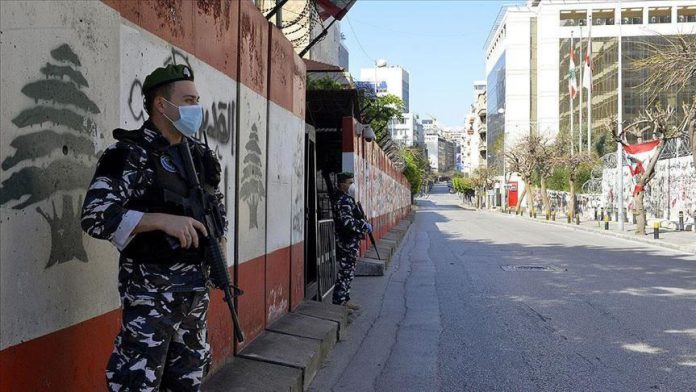 Lebanese protesters set fire to local banks in the northern town of Tripoli on Tuesday following the death of a demonstrator amid clashes with soldiers over recent price hikes.

Following the protester’s funeral, dozens closed in on a multiple banks and ATMs, damaging them and setting them on fire.

Security forces sought to disperse the protesters using tear gas and rubber bullets, with the extent of the damage undetermined.

Also, the Lebanese army said that it opened an investigation over the death of a protester and confirmed its respect to the peaceful right of expression.

A subsequent statement from the army said that a number of “infiltrators” had sparked riots and damaged public and private property.

Over the weekend, the Lebanese pound hit a record low at almost 4,000 pounds to one US dollar in the black market, while the official price remained at 1,507 pounds.

Despite the spread of the novel coronavirus, Lebanese protesters took to the streets late on Monday in a number of cities to protest deteriorated living conditions and spiraling food prices amid the currency crash.

Lebanon suffers high unemployment, slow growth and one of the highest debt ratios in the world.

The total number of COVID-19 cases in Lebanon rose to 717 with 24 deaths, while 145 patients recovered so far.