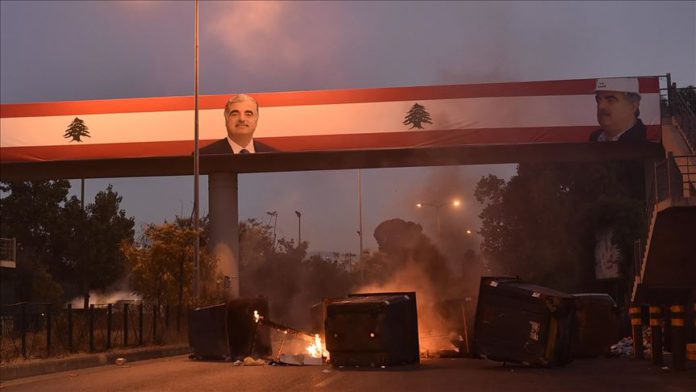 Demonstrators in Lebanon attempted to occupy the central bank in the capital Thursday after the country’s currency sank to a record low against the US dollar.

As a result of the nation’s economic crisis, the dollar rose to 6,000 Lebanese pounds from 4,000 in the last two days, prompting protesters to take to the streets in Beirut and many other cities.

They blocked roads to traffic with garbage containers and burning tires.

Forcing their way into the central bank on Hamra Street, they had to withdraw when security forces intervened.

Security forces also responded to those who set fires in front of the government palace and damaged surrounding shops.

The Lebanese Red Cross said on Twitter that 33 people injured in the protests in the city of Tripoli were given first aid while eight others were taken to the hospital.

Lebanon is suffering from high unemployment, slow growth and one of the highest debt ratios in the world.

The total number of COVID-19 cases in Lebanon has risen to 1,402 with 31 deaths, while 845 patients have recovered so far.