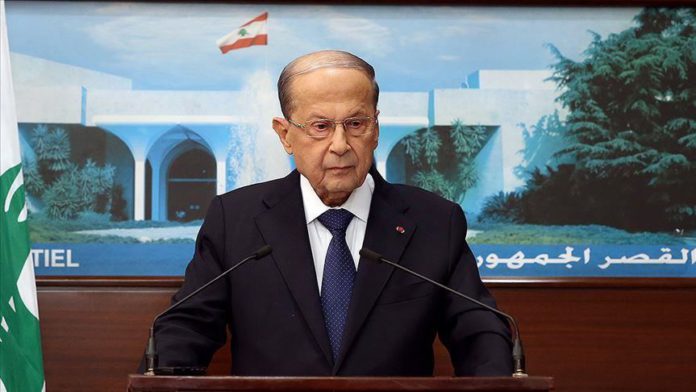 Lebanon’s president on Monday proposed to scrap the cabinet’s sectarian quota system as the country struggles to form a new government after the last one resigned following a huge blast in the capital Beirut last month.

“With the current deadlock, any solution would make a party prevail at the cost of another,” Michel Aoun said in a statement cited by local media.

“I suggest annulling the sectarian quota of the cabinet portfolios that made some ministries exclusive to certain sects,” he said.

The 1989 Taif Agreement, which ended the Lebanese civil war, established a power-sharing formula based on quotas that divide the main positions between the three main components, Christians, Sunnis and Shias.

The dual Shia movements of Hezbollah and Amal insist on keeping the Finance Ministry in the new cabinet, hindering efforts to form a new government.

Aoun said the government formation crisis “was not supposed to happen because the dues awaiting Lebanon do not allow any minute to be wasted.”

“[After] four visits to the Prime Minister-Designate Mustapha Adib, he was unable to provide us with any conception, composition, or distribution of portfolios or names,” he said.

Earlier Monday, Adib called on all the political parties in Lebanon to facilitate the formation of a government of technocrats capable of bringing the country out of its current crises and restoring confidence.

Adib said on Thursday that he had agreed with Aoun to “wait and give more time” to form government consultations.

On Aug. 31, Aoun assigned Adib with forming a government to succeed Hassan Diab who resigned on the same month, six days after the catastrophic explosion in the Port of Beirut that killed 191 people and injured over 6,000 others, while dozens remain missing.