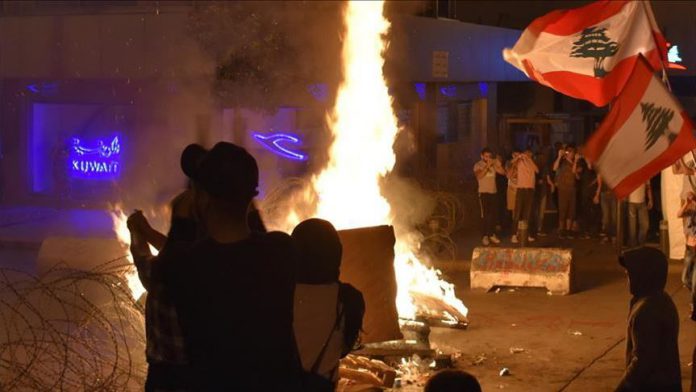 A Lebanese protestor on Tuesday succumbed to his wounds he sustained in clashes between army forces and demonstrators in Tripoli city, said a health NGO.

The Islamic Medical Association identified the protestor as Fawaz al-Samman. It also said 22 protestors and five soldiers were injured in the clashes that took place late Monday at Al-Nour Square during which live bullets, rubber bullets and molotov cocktails were used.

Despite the spread of the novel coronavirus, Lebanese protesters took to the streets late Monday in a number of cities to protest deteriorated living conditions and spiraling food prices amid the crash in currency.

Lebanon suffers from high unemployment, slow growth and one of the highest debt ratios in the world.

The novel coronavirus pandemic has exacerbated the situation in the country, with the government deciding to extend measures aimed at curbing the spread of the virus.