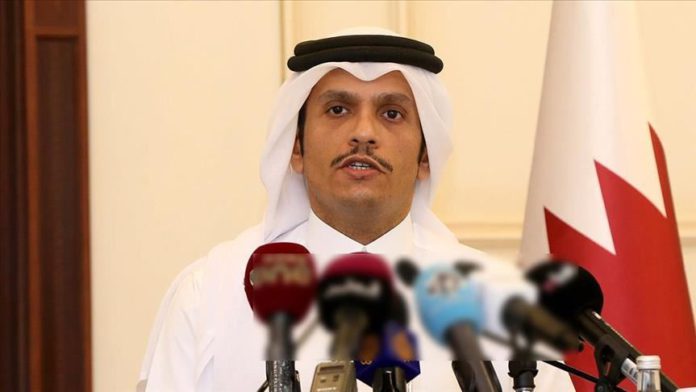 “There is a need for political stability in Lebanon,” bin Abdul-Rahman Al Thani said following his meeting with Lebanese President Michel Aoun in Beirut.

He said that reforms in Lebanon should not be carried out under foreign pressures, going on to reiterate Qatari support to Lebanon following a massive blast that rocked the Beirut Port on Aug. 4.

“Qatar was one of the first countries that sent aid to Lebanon,” said the minister, who arrived in Beirut earlier Tuesday to show support to Lebanon following the port blast, which caused widespread material damage and killed nearly 200 and injured thousands more.

The top Qatari diplomat is expected to meet with a host of Lebanese officials during his visit, including caretaker Prime Minister Hassan Diab, former Premier Saad Hariri and Parliament Speaker Nabih Berri.

The port explosion has exacerbated Lebanon’s economic crisis amid political instability that has triggered mass protests across the country.