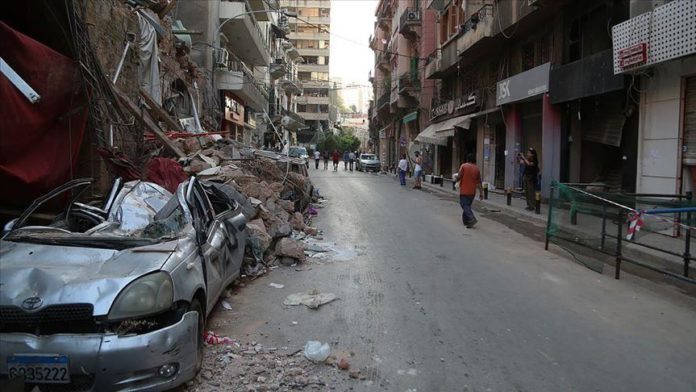 The International Organization for Migration (IOM) on Friday launched an appeal to raise $10.3 million to assist more than 43,000 migrant workers affected by last week’s explosions at the port of Beirut.

The UN’s migration agency estimates that roughly 8% of the estimated 300,000 people affected in Greater Beirut are migrant workers, primarily from Ethiopia, Bangladesh, and the Philippines.

At least 150 migrant workers have been injured, and 15 died in the explosions, said IOM spokesperson Angela Wells at a news briefing in Geneva.

“As the international community galvanizes efforts to respond to the needs of hundreds of thousands of people affected by this tragedy, we must not forget the migrant and refugee populations who are at risk of being overlooked,” said Wells.

She said that the explosions devastated economically disadvantaged areas in Beirut and Mount Lebanon, which host large numbers of migrant workers and Syrian refugees.

Many of these people were already reeling from the effects of COVID-19 and the protracted economic downturn in Lebanon, which has disproportionately affected migrants and refugees, said IOM.

An IOM assessment conducted between May and July classified 40% of migrant workers surveyed as food insecure, and 74% reported having no income source.

Wells said the funding would allow IOM to respond to the immediate needs of 25,000 vulnerable migrants, 16,500 Lebanese, and 2,000 Syrian refugees for the remainder of 2020.

These needs include health care, food distribution in affected neighborhoods, short-term employment opportunities, shelter, mental health and psychosocial support, and assistance and protection for migrants at risk of exploitation.

“The IOM will coordinate with the UN Refugee Agency, UNHCR, to continue to resettle refugees from Lebanon, which has the largest refugee per capita population in the world, and to scale up efforts for voluntary return of migrants who wish to go home,” said Wells.