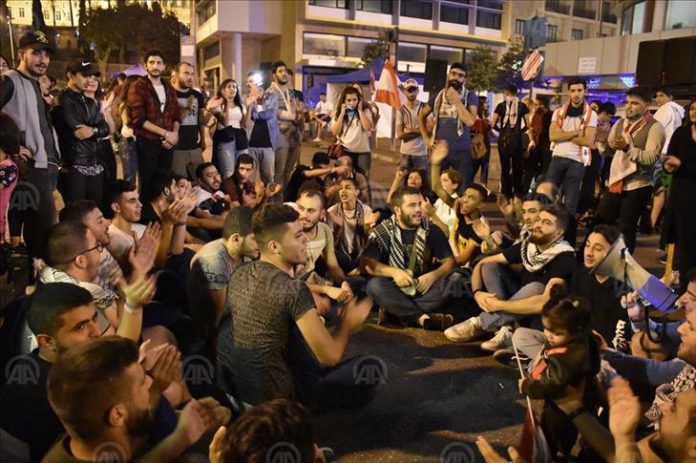 An activist was killed Tuesday in the capital Beirut when soldiers attempted to drive down a road closed by protesters.

The soldiers fired on the crowd, which were preventing their vehicle from passing, hitting activist Ala Abu Fahr.

He was taken to a nearby hospital but died despite efforts to save him.

Protests in Lebanon eased after the government of Prime Minister Saad Hariri resigned on Oct. 29 following nationwide demonstrations over the country’s worst economic crisis in decades but were reignited after President Michel Aoun gave an interview to a local TV station at the Baabda Presidential Palace in Beirut.