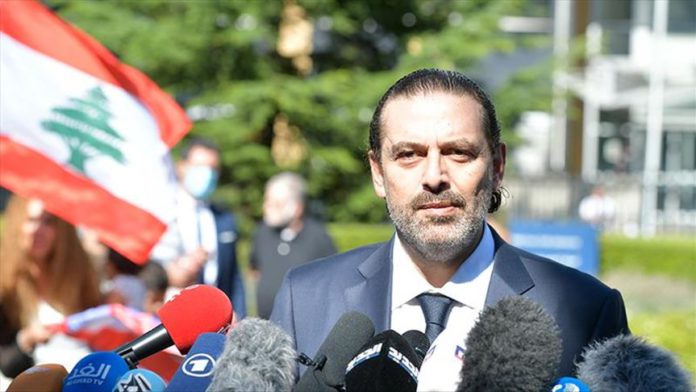 “Those rejoicing for the fall of the French President Emmanuel Macron’s initiative will bite their fingers in regret for wasting an exceptional opportunity to stop economic collapse and initiate reforms,” Hariri said in a statement on Saturday.

“Once again, Lebanese politicians present to the world a blatant example of failure in managing public affairs and approaching national interest,” Hariri said.

He said those who obstructed the government’s formation “have revealed themselves at home and abroad and for all the brothers and friends who came to Lebanon’s rescue after the disaster that befell Beirut”.

“The initiative still exists and enjoys our support based on the bases announced by the French president,” he said in a statement issued after his meeting with Adib.

Adib, a former ambassador to Germany, was assigned with forming a new government last month after the resignation of Prime Minister Hassan Diab’s cabinet.

Lebanon was rocked by a massive explosion at Beirut’s port on Aug. 4, causing massive destruction across the capital. The blast came at a time when the country was reeling under a crippling economic crisis, amid a struggle against the outbreak of the coronavirus pandemic.