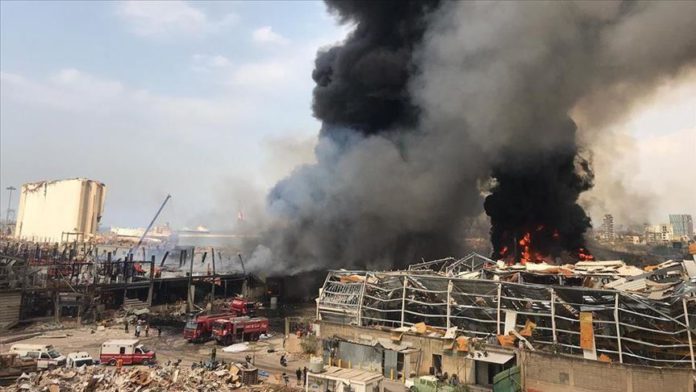 Flames reappeared in Lebanon’s Beirut port on Thursday after a large fire broke out in one of its warehouses.

In a tweet, the Lebanese army said a fire broke out in a warehouse for oil and tires in the port’s duty-free market area.

“The fire extinguishing operations have started and army helicopters will take part in extinguishing the fire as well,” it added.

For its part, the private Lebanese satellite channel MTV said the inflammable materials are not dangerous, unlike their counterparts that caused the port’s blast.

Fires and smoke rose in the vicinity of Beirut Port.

On Tuesday, the Lebanese army announced it was able to extinguish a fire that broke out in waste and the remains of unfit wood and tires in the Beirut Port.

On Aug. 4, a huge explosion in the port of Beirut rocked the city, killing 191 people and injuring over 6,000 people, while dozens remain missing.