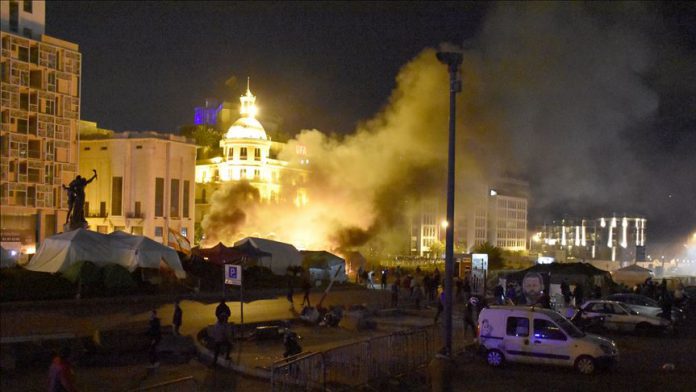 Injuries occurred as protestors clashed with security forces trying to open blocked roads to traffic in the Corniche el Mazraa area of Beirut.

Via minarets, an imam at a mosque encouraged protestors to return home and not to