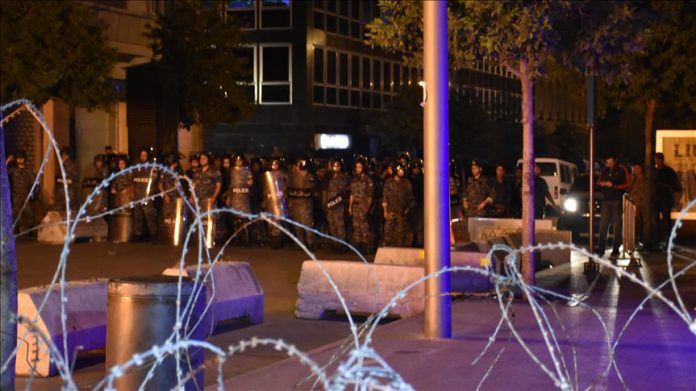 Calm prevailed in Beirut early Tuesday after a night of violence that left a Lebanese protester dead and injured scores.

Angry supporters of Hezbollah and Amal groups clashed late Monday with security forces and protesters camped out in central Beirut.

The move came after a video of a young protester insulting Shia political and religious leaders went viral on social media.

One protester was killed and 60 others were injured in the violence, according to the civil defense authority.