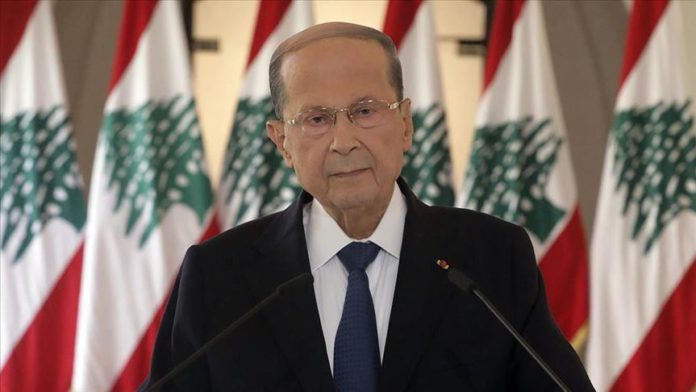 Lebanese President Michel Aoun called on Arab countries on Saturday to support Lebanon in the wake of a massive explosion at the Beirut port.

“Lebanon needs any help in every field, and there is great hope in the brotherly Arab countries,” Aoun said in statements following a meeting with Arab League Secretary-General, Ahmed Aboul Gheit, at the presidential palace in Beirut.

“The scale of the disaster is huge,” he said, going on to call on the Arab countries to contribute in the reconstruction of Beirut.

Aboul Gheit, for his part, said that he assured the Lebanese president of the Arab League’s support to Lebanon.

The pan-Arab League chief said he will participate in an international conference that France seeks to organize to support Lebanon.

“We will convey Lebanon’s demands to the international community,” Aboul Gheit said.

On Thursday, French President Emmanuel Macron announced during a visit to Beirut that France, the US, EU and the World Bank will organize a global conference to support Lebanon.

At least 154 people were killed and 6,000 others in a massive explosion that rocked the Beirut port on Tuesday.

Officials said the blast, which has caused massive property damage in several neighborhoods in Beirut, was caused by the detonation of 2,750 tonnes of ammonium nitrate that had been stored unsafely at the port for six years.

The Lebanese government has announced the formation of an investigation committee to probe the incident, which happened as Lebanon was reeling under its worst economic crisis.