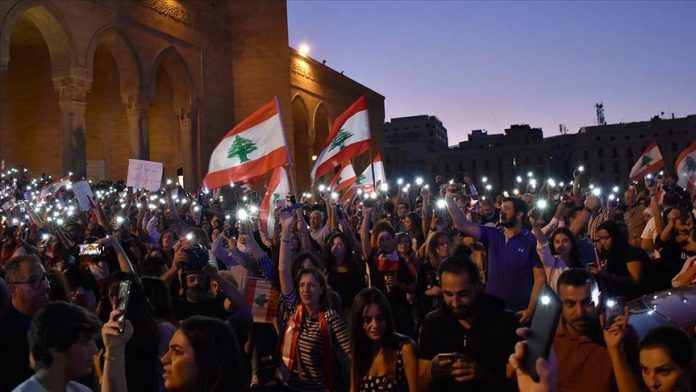 Scores of people rallied on Friday in front of financial state institutions in the capital Beirut and other cities over bad economic situation.

Since 6.00 a.m. local time (0400GMT), protesters blocked all the entrances of Tax office building in Beirut, blocking employees from entering the building.

The protesters chanted slogans such as “the tax building is the building of corruption.”

Riot police intervened and opened the entrances of the building.

In Zahle city, dozens of protesters demonstrated in front of the Central Bank building, condemning “manipulation of the dollar,” according to the protesters.

Raising Lebanese flags, the protesters were