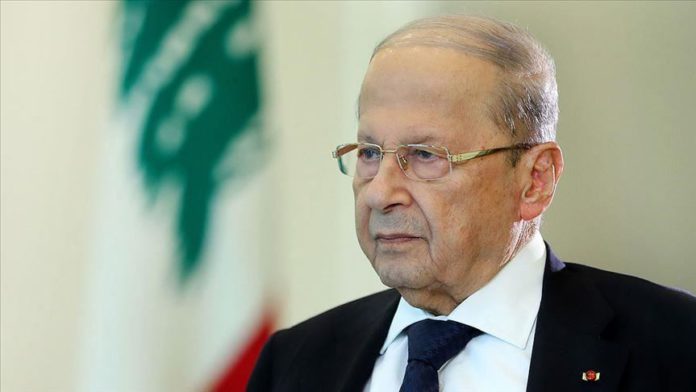 Lebanese President Michel Aoun said Tuesday that a verdict by a UN tribunal into the assassination of former Prime Minister Rafik Hariri met the desire of Lebanese people to reveal names behind the crime.

Aoun said in a statement by the presidency that Hariri’s assassination threatened the stability and peace in Lebanon and a national figure, who had the support of the people and had a national project, was targeted in the attack.

Aoun urged Lebanese people to remember Hariri’s stance and his unity and solidarity messages, and rallied for them to join efforts to protect the country from any attempt aimed at stirring up sedition.

A UN-backed tribunal found Tuesday that main defendant, Salim Jamil Ayyash, was guilty of a bombing that killed Hariri.

Ayyash was a member of the Iran-backed Hezbollah group, and according to prosecutors, he used a mobile phone which was critical in the attack.

The tribunal said, however there was no evidence “the Hezbollah leadership” or the Syrian regime were involved in the assassination.

On Feb. 14, 2005, Hariri was killed in a massive car bomb that targeted his convoy in Beirut.

Hariri’s son, Saad, succeeded his father later that year, in the premiership after winning elections.

In 2007, a Special Tribunal for Lebanon was formed to probe the elder Hariri’s assassination.

In 2011, the tribunal issued arrest warrants for four Hezbollah members suspected of involvement in the crime.

Hezbollah has refused until now to hand over the suspects.

In 2017, the UN extended the tribunal’s mandate for three years.

Initially scheduled for Aug. 7, the verdict was postponed “out of respect for the countless victims” of a deadly Aug. 4 explosion in Beirut.