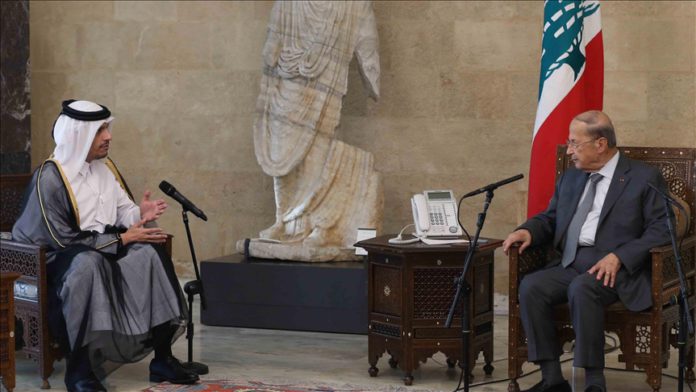 The Lebanese president received the Qatari foreign minister at the Baabda Presidential Palace in his country’s capital Beirut on Tuesday, according to a statement by Lebanon’s presidency.

Aoun voiced his gratitude for Qatar’s support for his country in many fields.

Informing Al Thani on the economic crisis and the delays in the process of formation of the new government in his country, Aoun thanked Al Thani for his aid-driven interest.

He underlined that Qatar has always stood by Beirut and added that Lebanon will welcome any step that Doha may take.

On his part, Al Thani said his country is ready to help Lebanon overcome the challenges it faces in different fields.

Lebanon is stuck in the formation of a new government amid differences between Prime Minister-designate Hariri and President Aoun.

Since October 2019, Lebanon has been experiencing a severe economic crisis and a deterioration in living conditions, the worst for the Lebanese people since the five-year civil war that ended in 1990.

A massive blast last August at the Port of Beirut, which left at least 200 Lebanese dead and thousands injured, made the already fragile situation even worse.