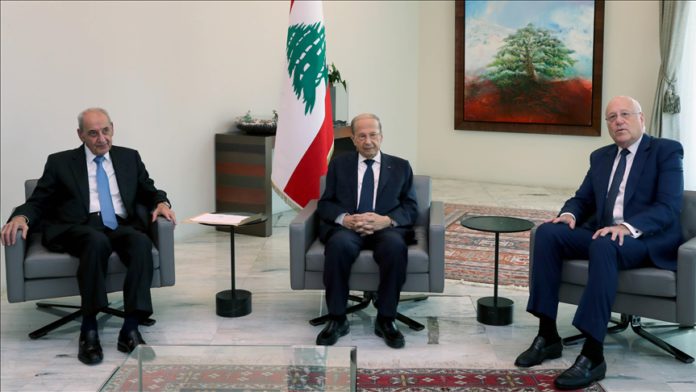 Lebanese Prime Minister-designate Najib Mikati said Tuesday that parliamentarians have agreed on the necessity to accelerate the forming of a new government.

“I listened, during the consultations, to the parliamentarians’ views and their future visions, and there was a consensus on the necessity to accelerate the process of forming a new government,” the official Lebanese news agency quoted Mikati in a news conference following parliamentary consultations. “I will inform the President of the Republic Michel Aoun on the results and the bad need to accelerate forming of the government,” he said without giving further details.

Mikati confirmed that he will keep presence in the Presidential Palace to consult and contact Aoun to reach a consensus on the process.

Mikati is an MP representing the northern city of Tripoli and he previously headed the government twice in 2005 and 2011.

Earlier this month, Hariri stepped down after failing to reach an agreement with Aoun on forming a new government.

Lebanon has been unable to form a new administration since the resignation of Hassan Diab’s cabinet on Aug. 10, 2020, six days after a massive blast hit the Port of Beirut.

The Arab country is facing a severe economic crisis, with the local currency losing nearly all of its value against the dollar, with streets witnessing massive protests and rallies.