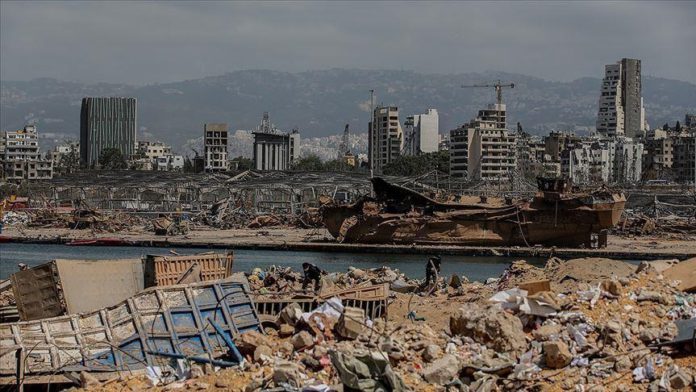 A Lebanese judge on Thursday charged caretaker Prime Minister Hassan Diab with negligence that led to the devastating Aug. 4 blast at the port of Beirut, killing more than 200 people.

Sawan said that the investigation found that the officials had neglected notices and warnings to dispose of the ammonium nitrate stored at the port that caused the massive blast.

Sawan added that he will start questioning the officials next Monday.

Two massive explosions tore through the Lebanese capital on Aug. 4 after a neglected stockpile of 2,750 tons of ammonium nitrate stored in a warehouse at the port caught fire.

The blast killed at least 200 and injured more than 6,000 while still more than 300,000 people were displaced as their homes sustained severe damages.

The Lebanese judiciary has so far issued at least 28 arrest warrants for Lebanese security officials and port and customs officials over the blast.