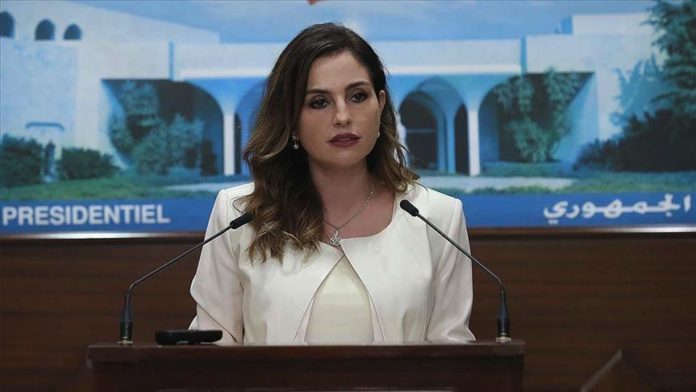 Lebanese Information Minister Manal Abdelsamad resigned on Sunday, in the first government resignation in the wake of a massive explosion at the Beirut port.

“After the horror of the disaster in Beirut, I submit my resignation,” Abdelsamad said in a televised statement.

“I apologize from the Lebanese people for not being able to fulfill their aspirations, change is still far from being achieved,” she said.

Five Lebanese lawmakers have already quit in protest of the port explosion that killed at least 158 people, injured thousands and left a vast trail of destruction at several neighborhoods in the capital.

Two days before the explosion, Lebanese Foreign Minister Nassif Hitti resigned in protest of failure to resolve the political crisis in the country.