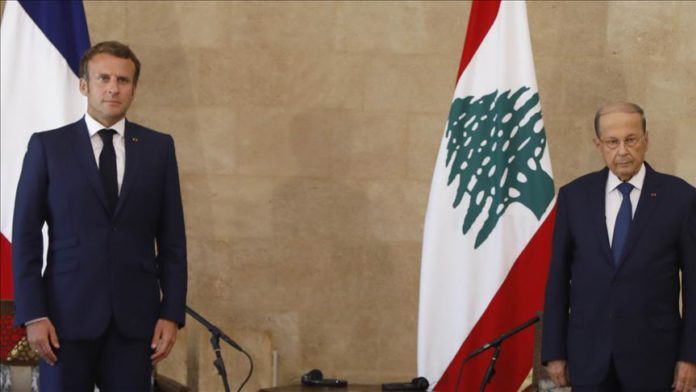 The president of Lebanon held a telephone call with his French counterpart to discuss developments regarding the formation of a new government.

Michel Aoun and Emmanuel Macron exchanged views about talks to form a new government as soon as possible and the general situations in Lebanon, according to the Lebanese Presidency.

Aoun reiterated his country’s solidarity with French people as he condemned an Oct. 29 brutal terror attack that killed three people in Nice, France.

Lebanon has been without a government since the resignation of Prime Minister Hassan Diab’s Cabinet in August following a massive explosion at Beirut’s Port.

Talks between sectarian parties have failed to agree on the formation of a new government to carry out reforms needed to lift Lebanon out of an economic crisis.

Since October 2019, Lebanon has been mired by protests because of deteriorating economic conditions, unemployment and the imposition of extra taxes.