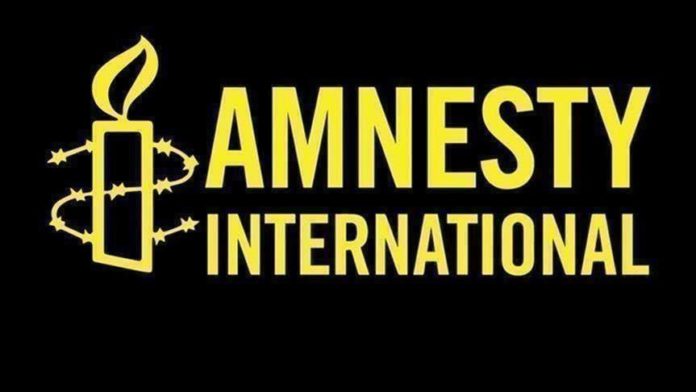 Rights watchdog Amnesty International said Monday that Lebanese authorities are “obstructing” justice in the investigations into the massive explosion in the port of Beirut that took place a year ago.

This came in a statement by the organization two days before the first anniversary of the huge blast on Aug. 4, 2020 which killed more than 217 people, injured around 7,000 and displaced some 300,000, as well as causing massive material damage to residential buildings and commercial institutions.

“Lebanese authorities promised a swift investigation; instead they have brazenly blocked and stalled justice at every turn, despite a tireless campaign for justice and criminal accountability by survivors and families of victims,” said Lynn Maalouf, Deputy Director for the Middle East and North Africa at Amnesty International.

“Authorities dismissed the first judge appointed to the investigation after he summoned political figures for questioning, and have so far rejected the new investigative judge’s requests to lift MPs’ immunity and to question senior members of the security forces in connection with the tragedy,” the statement said.

On Dec. 10, 2020, former officials including Finance Minister Ali Khalil refused to appear before the investigating judge, Fadi Sawan, and some of them filed lawsuits to expel him, citing their immunity from prosecution and his “violation” of the constitution, before the judge was sacked in February this year.

The new judicial investigator, Judge Tariq Al-Bitar, said on June 4 that the technical investigation phase is nearing completion, noting that after a few weeks, the stage of summoning defendants will begin.

The families of the blast victims organize demonstrations from time to time to demand the completion of investigations, revealing the truth behind the explosion, and holding those involved accountable.