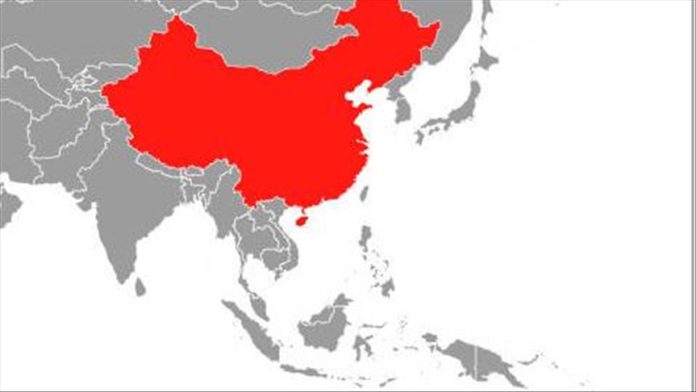 Although the trade and connectivity in South Asia has remained hostage to trust deficit and lack of political will, the devastating effects of COVID-19 pandemic, with thousands of deaths due to lack of oxygen and medicines, have once again brought into focus the need to allow flow of essential goods and movement in the region.

India’s National Transport Development Policy Committee in a report noted that such a low level of integration has roots in the lack of quality border management infrastructure, leading to high logistics cost, which are as high as at 13-14% of the gross domestic product (GDP), as against the global average of 8-9%.

A recently released study conducted by New Delhi-based Centre for Social and Economic Progress (CSEP) titled Linking Land Borders: India’s Integrated Check Posts has stressed that the COVID-19 pandemic has called for the need to strengthen border infrastructure and its management to ensure the continuous supply of men and material.

Such are border challenges that for any Indian company it is 20% cheaper to trade with a faraway country like Brazil instead with a neighboring country.

Author of the CSEP report, Riya Sinha, calculated that while a container to be shipped from India’s eastern Kolkata port to Singapore, approximately 3,700 kilometers (2,299 miles) distance, takes two days, it takes same amount of time for a truck to cover a distance of 83 km (51 mi) to cross the India-Bangladesh border from Integrated Check Post (ICP) at Petrapole border crossing.

“Following economic liberalization in the 20th century, countries in South Asia have prioritized trade with distant European and Southeast Asian countries but have effectively maintained a closed border within the neighborhood,” she said.

But this was not the case earlier. Till the early 1960s, India, Nepal and formerly East Pakistan (Bangladesh) were well connected through the waterways of Ganga and Brahmaputra rivers and a large number of active rail services.

Instead of increasing access in the age of connectivity, over past 40 years, the region has been disconnected. The intraregional trade has been limited due to several factors such as inadequate road, marine and air transport. Other constraints include protective tariffs, real and perceived non-tariff barriers, restrictions on investments, and a broad trust deficit throughout the region, said the CSEP report.

Further regional air connectivity in South Asia has also decreased significantly, with no flights between Nepal and Pakistan, or between smaller cities such as Port Blair (India) and Yangon (Myanmar).

India, the largest country and at the center in the South Asia, shares 15,106 km (9,386 mi) of international land borders with six neighbors— Bangladesh, Bhutan, China, Myanmar, Nepal, Pakistan and maritime borders with Sri Lanka and Maldives.

In 2019–20, trade worth approximately $7.9 billion took place through the ICPs, accounting for approximately 40% of India’s total land-based trade with Bangladesh, Nepal, Myanmar, and Pakistan. Overall, however, trade with the neighboring countries remained just 3.5% of India’s global trade.

India and Myanmar share a 1,063 km (660 mi) border in the north-east region through which cross-border movements take place. Even as citizens of both countries are allowed to travel up to 16 km (9 mi) inside each other’s territory against a day pass issued on submission of an identity proof, the bilateral trade has remained approximately $ 1.3 billion (2019-20), dominated by a trade surplus from India.

Given Myanmar’s importance in connecting South Asia with South-East Asia, the CSEP report noted that infrastructure at ICPs is not adequate to meet the growing need of future transactions.

At a seminar organized by the CSEP through a video link, Aditya Mishra, chairman of Land Ports Authority of India (LPAI) said the country will have 24 ICPs on its land borders by 2025, which will house various integrated facilities such as customs, immigration, and border security, quarantine, among others under a single roof.

After remaining indifferent to regional connectivity, China’s ventures to step in to increase its presence in South Asia has woken up India to meet international obligations and strengthen infrastructure at the borders.

In the last two decades, China has established itself as a major trade partner of the South Asian nations, increasing its exports to the region by 546%, from $8 billion in 2005 to $52 billion in 2018.

“We have 24 land ports that the government has already approved, about nine are already functional, some are under construction and some are under various stages of development. Hopefully in the next two years, the number should increase to at least 20,” said Mishra. In addition to the ICPs, there are plans to ensure all 90 transit points.

Mishra said connectivity with India’s Northeast via Bangladesh is now a priority.

“One of the efforts, which will very soon show on ground, is the corridor in southern Tripura through Sabroom, which will connect the Port of Chittagong with the rest of Northeast,” he said.

“In the pre-COVID-19 era, we issued 1.8 million visas in Dhaka. As many as 2.8 million Bangladeshis travelled to India and 2.5 million of them used the land route,” he added.

According to Doraiswami, regional connectivity infrastructure in South Asia needed a 360 degree or a complete full circle vision.

“What is necessary, I think, is a greater sense of business integration into this – not just traders but people who actually move – railways, bus services, and transporters as part of the ecosystem,” he said.

Doraiswami said that there was an immediate need to extensively modernize facilities and increase trade from Nepal to Bangladesh, Bhutan to Bangladesh. He emphasized the importance of “following the money” rather than having grand vision documents.

“Because we are getting investments and there is huge demand for border haats (trade market) and other facilities, there is momentum in connectivity initiatives. We just have to allow economic rationale to take the lead,” he said.

Russian COVID-19 vaccine to be produced in Italy