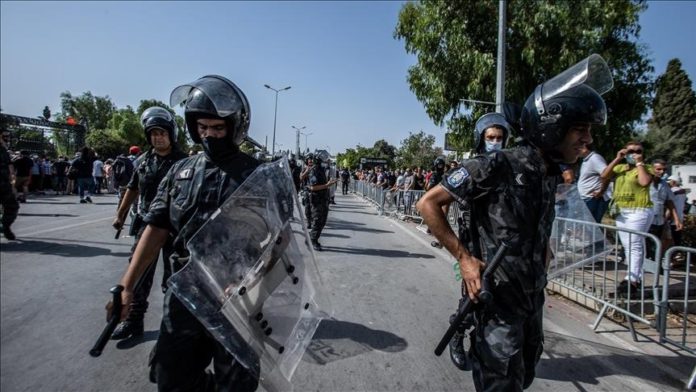 A leading politician in the European Parliament on Wednesday called for the preservation of the constitutional order and rule of law in Tunisia.

“The constitutional order, the rule of law, and freedom of information must be preserved,” Iratxe Garcia, leader of the Progressive Alliance of Socialists and Democrats — the second-largest group in the European Parliament, said on Twitter.

Voicing concern over recent developments in the North African country, where President Kais Saied on Sunday ousted the government and suspended parliament in what many have criticized as a power grab, Garcia said her group would “stand by Tunisian people in their quest for democracy and human rights.”

Tunisia has been gripped by a deep crisis since Jan. 16, when Prime Minister Hichem Mechichi announced a cabinet reshuffle but Saied refused to hold a ceremony to swear in the new ministers.

On Sunday, the president dismissed Mechichi’s government, froze parliament, and assumed executive authority with the assistance of a new prime minister.

The move was rejected by most of Tunisia’s parliamentary blocs, including Ennahda, Heart of Tunisia, the Dignity Coalition, and the People’s Movement.

Following Saied’s decisions, Parliament Speaker Rached Ghannouchi described the president’s move as nothing but a “full-fledged coup” against the Tunisian constitution, revolution, and freedoms in the country.

Tunisia is seen as the only country that succeeded in carrying out a democratic transition among a group of Arab countries that witnessed popular revolutions which toppled their ruling regimes, including Egypt, Libya, and Yemen.