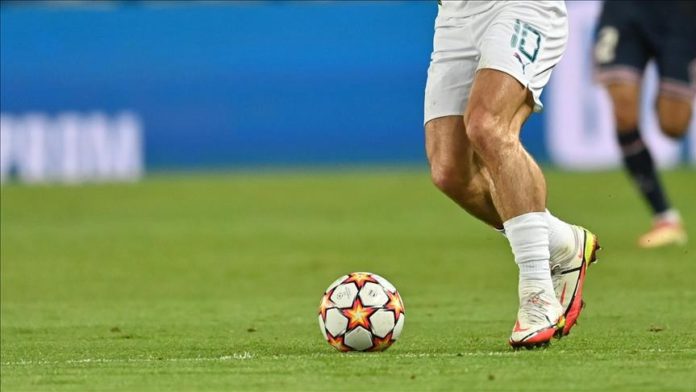 Manchester City stayed atop the English Premier League over the weekend, as did Inter in Serie A, Real Madrid in La Liga, Paris Saint-Germain (PSG) in Ligue 1, and Bayern Munich in Bundesliga.

Leaders Manchester City drew 1-1 with Southampton in a week 23 game of the English Premier League on Saturday.

The runners-up Liverpool beat Crystal Palace 3-1 in an away game, while Chelsea defeated Tottenham 2-0 in a London derby.

Manchester City is at the top of the Premier League with 57 points in the standings, while Liverpool placed second with 48 and Chelsea third with 47.

In Serie A, defending champions and leaders Inter Milan grabbed a 2-1 victory at home against Venezia on Saturday in its week 23 game.

In the derby of the week, Milan and Juventus settled with a goalless draw at Giuseppe Meazza on Sunday.

Napoli beat Salernitana 4-1 at home, while Lazio and Atalanta drew 0-0.

Inter lay atop the Serie A standings with 53 points and are followed by Napoli and Milan, both with 49 points each.

Atalanta placed fourth with 43 points, while Juventus are

Real Madrid secured a 2-2 home draw with Elche at the last minute of a week 22 La Liga game on Sunday.

Elche enjoyed with their two-goal lead with Lucas Boye and Pere Milla’s scoring until minute 82, when Los Merengues got one back with Luka Modric’s penalty goal.

Eder Militao scored another in the 92th minute, saving Real Madrid from defeat.

La Liga runners-up Sevilla also drew 2-2 with Celta Vigo at home, while Barcelona beat Alaves 1-0 in an away match.

Real Madrid kept their top spot in La Liga with 50 points, while Sevilla stayed in second with 46 points.

Real Betis placed third with 40 points, Atletico Madrid are fourth with 36 points, and Barcelona are in the fifth spot with 35 points.

Paris Saint-Germain passed Reims with 4-0 in a week 22 game of Ligue 1 on Sunday.

Nice defeated Metz 2-0, continuing their pursuit of the top spot.

Olympic Marseille defeated Lens 2-0, while Lille lost 2-0 to Brest in an away game.

PSG lead Ligue 1 with 53 points, while Nice are placed second with 42, Olympique Marseille third with 40, and defending champions Lille 10th with 32.

Runners-up Borussia Dortmund passed Hoffenheim with a 3-2 victory and kept pushing for the top spot, while Bayer Leverkusen defeated Augsburg 5-1.

Bayern Munich stand atop Bundesliga with 49 points and are followed by Borussia Dortmund with 43, while Bayer Leverkusen are third with 35.