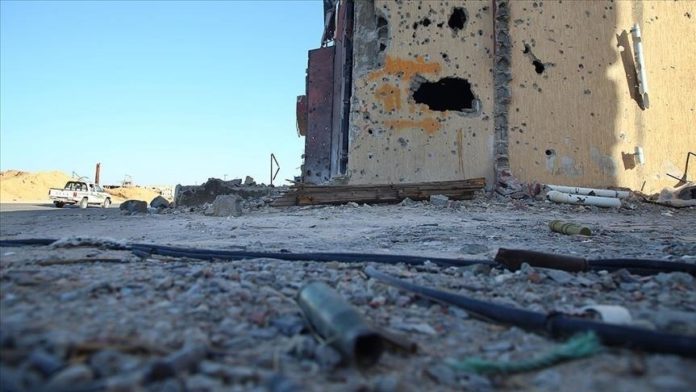 Mohammed al-Kani, the leader of al-Kani militia aligned with Libyan warlord Khalifa Haftar, was reportedly killed on Tuesday while resisting a security force that came to arrest him from his home in Benghazi, according to Libyan media.

Several media outlets, including Al-Ahrar TV channel, said al-Kani, who was wanted for justice over his involvement in mass killings in the city of Tarhuna, was killed in Bouatni area in Benghazi.

The private February channel said al-Kani was killed by the Tariq bin Ziyad militia, affiliated with Haftar’s forces, after raiding his residence, without providing further details.

The channel aired video clips from Tarhuna showing dozens of people celebrating the killing of al-Kani.

In November 2020, the US Treasury announced the imposition of sanctions on the Al-Kani militia and its leader for killing civilians, whose bodies were found in mass graves in Tarhuna, as well as torturing and displacing thousands others.

Following the defeat of Haftar’s forces in the western areas of Libya, the Libyan government found at least 300 dead bodies in mass graves in Tarhuna and south of Tripoli.

On Feb. 5, Libya’s rival political groups agreed in UN-mediated talks to form an interim unity government to lead the country to elections this December, designating a prime minister, Abdul Hamid Dbeibeh, and tasking him with forming a new government.

Libyans hope that the move will end years of civil war that have engulfed the country since the ouster and killing of strongman Muammar Gaddafi in 2011.