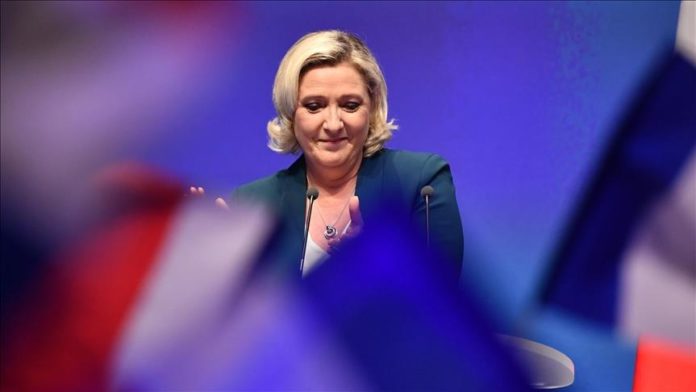 Marine Le Pen has been re-elected as head of France’s far-right National Rally party for the fourth time.

Le Pen won uncontested leadership race with 98.3% votes at the party’s 17th national congress in the southern city of Perpignan on Sunday, just a week after performing badly in regional polls.

Le Pen, who has courted controversies over anti-Muslim and anti-refugee hate speeches, has been heading the far-right party since 2011. After taking over the reins from her father Jean-Marie, who originally founded the party then known as Front National in 1972, she renamed it as National Rally.

She will head the party till September after which she will focus on campaigning for the presidential polls. Jordan Bardella, 25, a member of the European Parliament (MEP), appointed to the position of the first vice-president of the party, will take over the party’s interim presidency.

In a speech at the congress, Le Pen said her candidacy for the presidential polls to be held next year will be “restoration of the authority of the State.”

Known for strong anti-immigrant views, Le Pen said her party will mobilize along with members in Brussels in order to derail the European Union’s Immigration Pact.

The New Pact on Migration and Asylum proposed last September seeks to regularize the migration processes for those in need of protection.​​​​​​​​​​​​​​