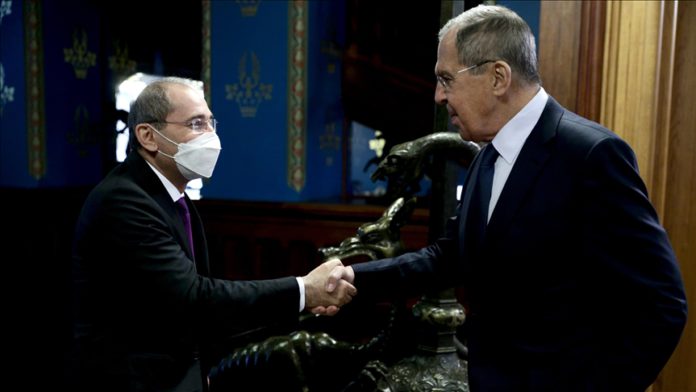 The resumption of direct Palestinian-Israeli talks will depend on the results of Israel’s parliamentary elections in March and the position of the new US administration, Russian Foreign Minister Sergey Lavrov said Wednesday.

Speaking at a press conference in Moscow following a meeting with his Jordanian counterpart Ayman Safadi, Lavrov stressed the necessity to push the sides to hold a new round of negotiations.

“A number of events await us that will directly affect the creation of conditions for such a direct dialogue,” he said.

Lavrov praised the process of intra-Palestinian reconciliation, saying the differences are being resolved, and stressed that normalization between Arab countries and Israel should not overshadow the issue of the Palestinian problem.

Meanwhile, the Quartet of Middle East mediators — Russia, the US, the UN and the EU — and Arab countries have to actively encourage Palestine and Israel to resume direct talks, he said.

He said that in any case, the solution to the Palestinian problem should be based on the two-state principle.

Asked about the recent unauthorized protests triggered by the arrest of Russian opposition politician Alexey Navalny, Lavrov said the fuss around it was exaggerated.

He also stressed that the Western media uses double standards while covering protests in their own countries and countries they label “undemocratic.”

“To have this discussion on the basis of facts, if the West is interested in it, we have prepared a video series on how illegal actions are suppressed in the West and how our police respond to outrages in our country. Today I sent this video to the EU High Representative for Foreign Policy, Josep Borrell, in Brussels,” Lavrov said.