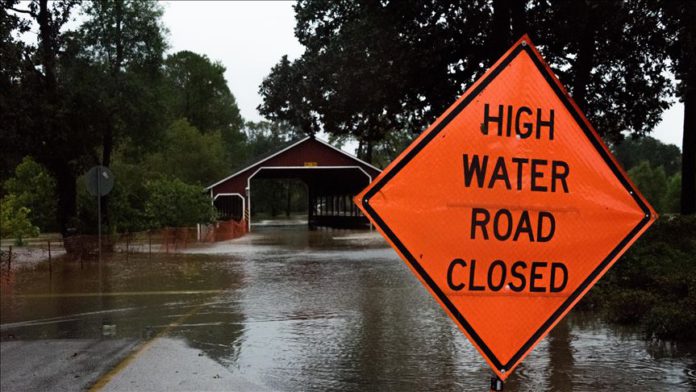 Tropical Storm Laura was moving across the central Gulf of Mexico on Tuesday and is expected to strengthen into a major hurricane as it heads toward the US states of Texas and Louisiana.

The storm has maximum sustained winds of 80 miles per hour (128 kilometers per hour), according to data from the National Oceanic and Atmospheric Administration (NOAA) and is likely to turn into a major Category 3 storm or higher over the next day or so.

The threat of the storm has led to evacuations in parts of Texas and in Louisiana, and there are long lines outside grocery stores of residents looking to stock up on necessities.

“This surge from Laura could penetrate up to 30 miles inland from the immediate coastline in southwestern Louisiana and far southeastern Texas. Actions to protect life and property should be rushed to completion this evening, as water levels will begin to rise on Wednesday,” the National Hurricane Center said Tuesday.

The hurricane will likely be making landfall in the area of southwestern Louisiana and the upper Texas coast late Wednesday night or Thursday morning.

Louisiana Governor John Bel Edwards said it is predicted to be similar in strength to Hurricane Rita in 2005, a Category 5 hurricane that caused a lot of damage on the state’s coast.

Laura left Cuba on Tuesday after killing at least 24 in Haiti and the Dominican Republic.

Turkey extended its condolences to the Caribbean countries over the lost lives.

“We are deeply saddened by the news that Hurricane Laura, which is affecting the Caribbean region, resulted in the loss of life in the Dominican Republic and Haiti while causing material damage in Cuba,” the Turkish Foreign Ministry said in a statement.