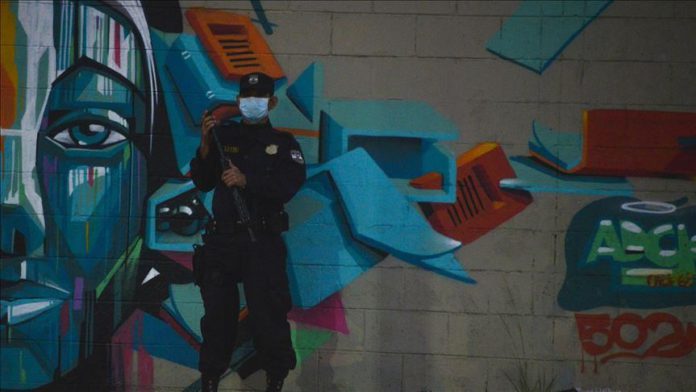 Latin America is entering the height of the coronavirus pandemic.

The region’s epicenter is Brazil, where more than half of the deaths have been accounted for, and yet official figures may not really convey the magnitude of the situation because of the country’s low testing rate.

In Peru, ICU beds are no longer available in some regions and while Colombia and Ecuador start opening up sectors of the economy progressively, they have also extended confinement measures.

Brazil has surpassed 11,000 deaths, according to figures released on Monday by the Ministry of Health. However, scientists think the real figures could be 15 or even 20 times worse, given the country’s lack of widespread testing. As of Monday, the country counts 11,207 victims and 163,510 confirmed cases.

And while the Congress and the Supreme Court decreed an official mourning period of three days, President Jair Bolsonaro, who continues disregarding social distancing measures due to their impact on the country’s economy, was seen jet skiing on Lake Paranoa in Brasilia on Saturday.

Bolsonaro said he will add more job categories to those deemed essential in efforts to get citizens back to work, blasting the governors and mayors of Brazil’s largest states and cities for imposing lockdowns to slow the coronavirus outbreak.

“Since they don’t want to open, we will,” Bolsonaro said on Sunday.

Since the pandemic began, Bolsonaro has lost two ministers and is facing one of the worst political crises.

The spread of the COVID-19 in Peru continues to rise with 67,607 confirmed cases, 1,889 deaths, 56 days after the country declared a state of emergency.

Although Peru has the second highest coronavirus number of cases in Latin America, it is also the country that reports more widespread testing in the region.

The country of big beer brands such as Corona, Negra Modelo and Presidente, is running out of beer.

Beer production in Mexico was halted more than a month ago as health officials declared brewing a “non-essential” activity.

Mexico is the world’s leading country that exports beer to markets such as the United States, United Kingdom, Australia, Guatemala and Canada. However, the halt in beer production has not only generated a problem of shortage and increase in the prices of the product, but could also cause Mexico to stop being an exporting power.

The country saw a spike in coronavirus infections over the weekend, with 35,022 cases and 3,465 deaths as of Monday. During the weekend, media outlets reported that patients were being turned away from hospitals in Mexico City due to overcrowding.

Chile reported 1,647 new infections on Sunday, surpassing 30,000 cases of the new coronavirus on Monday, as it braces for winter.

Latin America’s largest airline Avianca filed for Chapter 11 bankruptcy in the US Southern District of New York on Sunday, after failing to meet a bond payment deadline, while its plea for coronavirus aid from Colombia’s government where it was formerly based, has so far been unsuccessful.