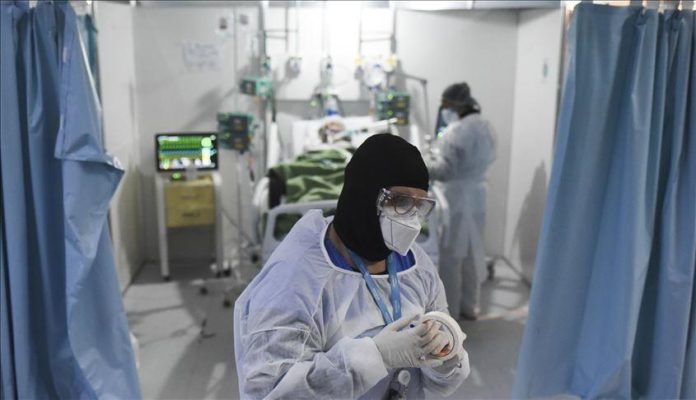 A total of 1,056 people lost their lives to the coronavirus in Brazil over the past 24 hours, bringing the tally to 561,762, according to figures from the country’s Health Ministry.

With 42,159 new cases registered nationwide, the number of infections rose to over 20.1 million.

There have been over 18.86 million recoveries in Brazil, South America’s most populous nation.

Mexico’s Health Ministry reported 568 deaths and 21,563 more cases over the past 24 hours.

The country’s overall count is now over 2.94 million, including 243,733 fatalities and more than 2.29 million recoveries, according to official data.

In Argentina, 190 deaths were reported over the last day, raising the country’s virus death toll to 107,213.

The total number of cases exceeded 5 million, with 13,549 new infections, while the number of recoveries stood at over 4.64 million.

The country is eighth in the world in terms of the number of cases.

The Colombian Health Ministry reported a total of 188 new fatalities over the past day, raising the country’s virus death toll to 122,087.

The total number of cases exceeded 4.82 million, with 6,980 new infections in the country, while the number of recoveries stood at over 4.63 million.

Peru’s Health Ministry registered 33 new deaths and 814 infections over the past 24 hours.

Over the past day, Chile reported 74 deaths related to COVID-19, bringing the death toll to 35,880, according to the country’s Health Ministry.

The number of infections rose by 1,147, exceeding 1.62 million, with total recoveries reaching 1.57 million.

According to Paraguay’s Health Ministry, a total of 31 people died due to the coronavirus in the last 24 hours, bringing the death toll to 15,238.

'Syrian regime's aggression in Idlib must be stopped’