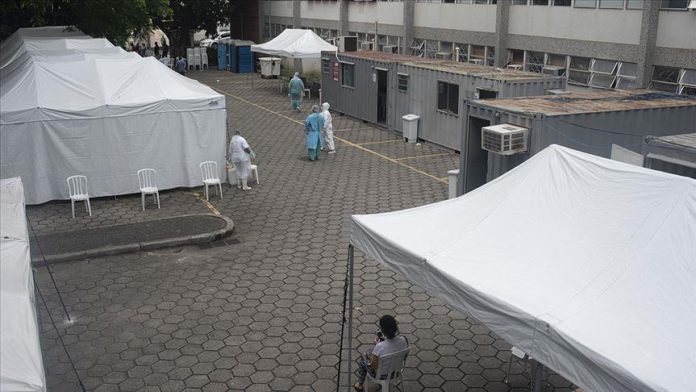 At least 338 people in Brazil lost their lives over the last 24 hours, raising the virus-related death toll to 621,855, the country’s Health Ministry data showed.

The country has reported over 21.8 million recoveries so far.

According to the Health Ministry, Mexico’s COVID-19 case tally surged by 60,552, while fatalities increased by 323 over the past day.

Colombia’s Health Ministry reported 169 more fatalities from the virus over the past 24 hours, raising the country’s death toll to 131,437.

The total number of cases surpassed 5.62 million, including 27,603 new infections, while the number of recoveries stood at over 5.32 million.

Some 128,321 new infections raised Argentina’s case tally to over 7.44 million, according to the Health Ministry data.

More than 6.38 million recoveries have so far been reported.

Peru reported 42 fatalities over the last 24 hours, bringing the death toll to 203,750, according to the country’s Health Ministry.

The number of coronavirus cases in the country rose by 22,879 to reach over 2.72 million. More than 2.7 million people have recovered from the virus.

Over the past day, Chile reported four deaths related to COVID-19, pushing the death toll to 39,431, according to the country’s Health Ministry.

The number of infections rose by 9,509, raising the total number of cases to more than 1.9 million. More than 1.79 million people have recovered so far.

According to data from Paraguay’s Health Ministry, 21 more patients died from COVID-19 over the last day, pushing the death toll to 16,887.