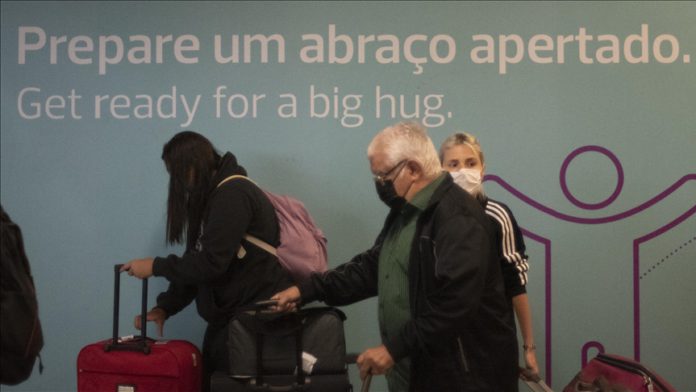 Countries across Latin America reported new cases of COVID-19 infections, as well as fatalities, according to official data released on Tuesday.

At least 284 people in Brazil lost their lives in the last 24 hours, bringing the total number of deaths by coronavirus to 627,138, the country’s Health Ministry data showed.

Over 22.1 million recoveries have been reported so far.

Mexico’s COVID-19 case tally surged by 12,521, while fatalities increased by 198 in the last 24 hours, according to the Health Ministry.

The total number of cases surpassed 5.87 million, with 15,284 new infections, while the number of recoveries rose to over 5.66 million.

With 43,472 new infections, Argentina’s caseload increased to over 8.37 million, according to Health Ministry data.

The nationwide death toll has risen to 121,273 after 285 patients died in the past day.

More than 7.7 million recoveries have so far been reported.

Peru reported 147 fatalities in the last 24 hours, bringing the death toll to 205,834, according to the Health Ministry.

The number of coronavirus cases in the country rose by 6,043 to reach over 3.23 million. More than 3.21 million people have been recovered from the virus.

Over the past day, Chile reported 37 deaths related to COVID-19, pushing the death toll to 39,721, according to the country’s Health Ministry.

The number of infections increased by 26,244 as well, bringing the total caseload to more than 2.16 million. So far, more than 2.31 million people have recovered.

According to Bolivia’s Health Ministry data, 32 more patients died from COVID-19 in the last 24 hours, pushing the death toll to 20,951.

According to the Health Ministry of Paraguay, 61 more patients died from COVID-19 in the past 24 hours, bringing the total death toll to 17,321.