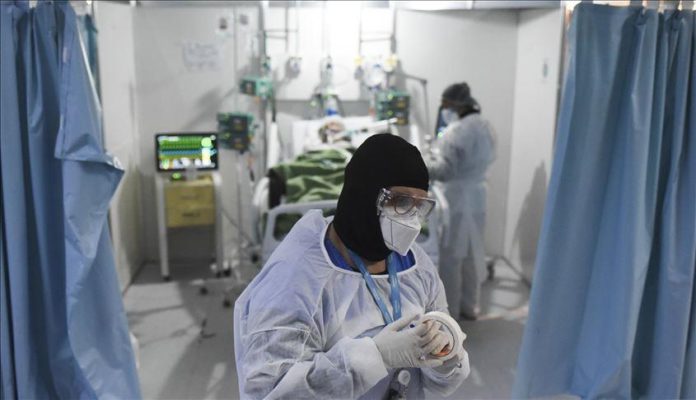 A total of 2,037 people lost their lives to the coronavirus in Brazil over the past 24 hours, bringing the tally to 486,272, according to figures from the country’s Health Ministry.

With 78,700 new cases registered nationwide, the number of infections rose to over 17.37 million, the third-highest in the world after the US and India.

Sao Paulo stands as the region most affected by the outbreak, with a total of 3.4 million cases and 117,887 deaths.

There have been over 15.76 million recoveries in Brazil, the most populous South American nation.

Mexican Health Ministry data showed that 274 people died of COVID-19 over the past day, bringing the death toll to 230,097. A total of 3,649 new cases pushed the total number of infections to over 2.44 million.

Over 1.95 million people have recovered so far, according to the data.

In Argentina, 447 more people lost their lives to the virus over the past day, bringing the death toll to 85,075, according to the Health Ministry.

Some 18,057 more people tested positive for the virus, bringing the country’s tally to over 4.1 million.

Colombia’s Health Ministry reported a total of 577 new fatalities over the past day, taking the country’s virus death toll to 95,192. The total number of cases reached over 3.7 million, with 29,998 new infections in the country, while the number of recoveries stood at over 3.4 million.

Peru’s Health Ministry registered 1,918 new deaths and 1,772 infections over the past 24 hours.

Over the past day, Chile reported 107 deaths from COVID-19, bringing the death toll to 30,579, according to the country’s Health Ministry. The number of infections rose by 7,642, exceeding 1.46 million, with total recoveries reaching 1.39 million.

Bolivia’s Health Ministry reported 68 deaths due to the virus and 2,056 cases over the past day.

According to data from Paraguay’s Health Ministry, a total of 138 people died due to the coronavirus in the last 24 hours, taking the death toll to 10,699.

According to local media in Guatemala, the country reported 23 fatalities over the last 24 hours, bringing the death toll to 8,439. The number of coronavirus cases in the country increased by 1,823 to reached 271,131. A total of 245,610 people have recovered from the virus.

Uruguay’s Health Ministry registered a total of 50 deaths due to the virus over the past day, raising the death toll to 4,956.

CDC shortens distance for K-12 students in US schools

Turkey to continue exploration in East Med till Nov. 14