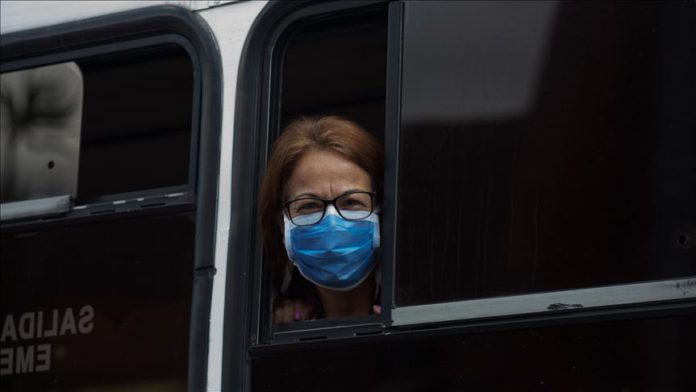 The number of reported coronavirus cases in Latin America and the Caribbean surpassed 11 million Wednesday as some countries grappled with new spikes and fought to contain the disease.

President Nicolas Maduro said Wednesday that he hopes that by April 2021 Venezuela will be able to buy or produce “millions of vaccines” jointly with Russia and China and begin massive vaccination against COVID-19 in the country.

In early October, the nation received the first batch of the Russian vaccine “Sputnik-V” as part of the “phase three” clinical trial in which the government said some 2,000 volunteers will participate.

“We are in talks with the Russian and the Chinese governments because I have a lot of faith that in the first quarter of 2021, we will be able to buy or produce millions of vaccines in our laboratories together with Russia and China,” Maduro said in a press conference.

The first individuals to receive the vaccine will be doctors and nurses, he added.

Venezuela has 90,400 cases and 780 deaths, according to official data, which has been highly disputed by the nation’s opposition.

Peru reported its first case of diphtheria after 20 years while it struggles to contain the coronavirus.

The United Nations had warned that efforts to contain the coronavirus pandemic were affecting other routine vaccination programs, including for diphtheria.

Brazil’s health regulator Anvisa said Wednesday that it has authorized the import of materials from Chinese company Sinovac for the production of its COVID-19 vaccine.

The announcement comes days after President Jair Bolsonaro said his government will not buy a Chinese-made COVID-19 vaccine.

Brazil has nearly 5.5 million cases of the virus and a total of 157,946 deaths, according to US-based Johns Hopkins University.

President Andres Manuel Lopez Obrador criticized European countries Wednesday for adopting strict lockdown measures to stop the spread of the coronavirus, suggesting it responded to the desire of leaders to be authoritarian.

“What it expresses is an authoritarian urge by the authorities, by the government, with all due respect, on the part of those who opt for this,” he said when asked if Mexico would adopt tougher measures.

“Curfews aren’t a sign of faith in people. It’s putting yourself above as authority and seeing citizens as children, like they don’t understand. Not even in its worst moments did Europe have these curfews and all these measures.”

Meanwhile, cases continue to rise in the country. Mexico has registered 901,268 coronavirus infections and nearly 90,000 deaths.

Hundreds of workers and mayors from several municipalities in El Salvador gathered Wednesday in front of the Ministry of Finance to demand the payment of dues by the government.

President Nayib Bukele’s government has not paid the workers, alleging that the outbreak has caused a drop in tax collection.