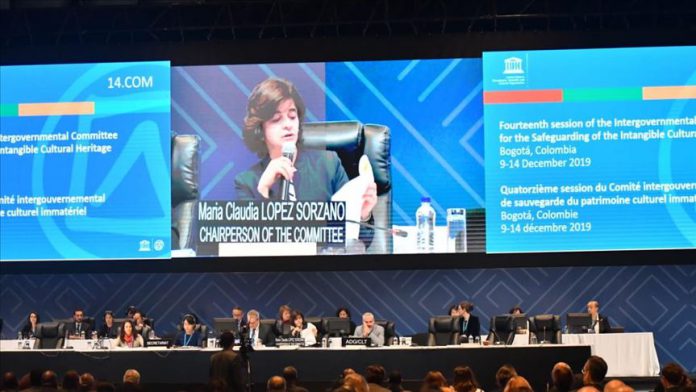 Latin America has about 70 traditions that are part of the intangible cultural heritage of mankind, according to the United Nations Educational, Scientific and Cultural Organization (UNESCO).

The region is home to 15% of the traditions that are included in the UNESCO Intangible Cultural Heritage Lists. There two lists include reference to cultural practices and the other includes representative traditions.

Within the framework of the 14 Intergovernmental Committee for the Safeguarding of the Intangible Cultural Heritage held this week in Bogota, five Latin America cultural expressions were selected Thursday in the list which already include 490 traditions.

5 US sailors charged for leaking video of carrier jet crash...