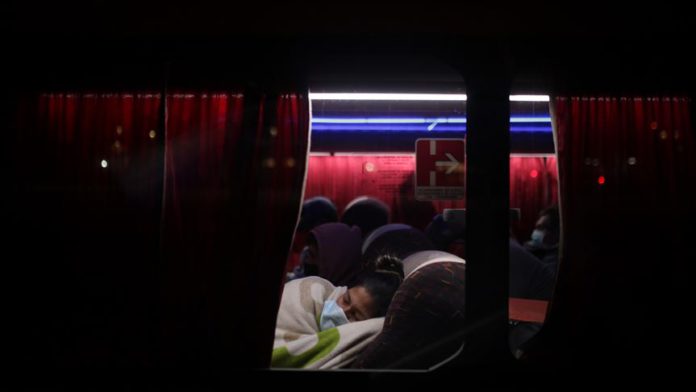 The novel coronavirus arrived in Latin America on Feb. 26, when Brazil confirmed its first case in São Paulo, and since then, governments across the region have taken measures to protect their citizens.

Nearly three months later, however, the actions they adopted seem to have lost their effectiveness in many places. Yet governments still resort to curfews and stiff fines to enforce social distancing.

In Chile the total number of cases stands at 225,103, while the number of deaths has reached 3,841 since the first case was reported in the country on March 3.

After more than a month of confinement in Chile’s capital of Santiago, where seven million people live, the numbers of infections and deaths have not fallen. Experts say this is because people are not obeying quarantine rules, which have only managed to reduce mobility by 30%.

However, authorities refuse to put the city into “hibernation” as some experts have called for to drastically curb the contagion.

“It is not possible to carry out a measure like that because we would be left without basic services,” Health Minister Enrique Paris said in delivering the daily report.

As the weeks have gone by, adherence to the social distancing measures have lost strength. According to the police, since the beginning of the pandemic, 100,000 people have been arrested in the country for disobeying the quarantine.

Cases have been rising for a week now in Argentina, exceeding 1,000 a day, and health authorities are warning of the pressure this means on the health system. These figures have led to a hardening of the confinement in the city of Buenos Aires and its suburbs, where 96% of the new patients are registered.

Doctors have put an end to the tours that President Alberto Fernández has been making in the country. Since Thursday, the president has been confined to the Olivos residence.

Brazil’s Ministry of Health reported Thursday that the country is rapidly approaching one million confirmed cases and 50,000 deaths.

The coronavirus outbreak in Brazil is now the second-highest in the world, with 978,142 confirmed infections and 47,748 fatalities, 1,238 more than on Wednesday.

Guatemala’s Foreign Ministry said 142 citizens have died from the coronavirus abroad, most of them in the United States.

At least 351 Guatemalans have been infected with COVID-19 abroad out of some 3 million who live overseas.

The Foreign Ministry said that of the 142 deaths, 137 occurred in the United States, four in Mexico and one in Ecuador.

Some 40% of the deaths have been reported in New York City while 22.5% were recorded in Silver Spring, Maryland.